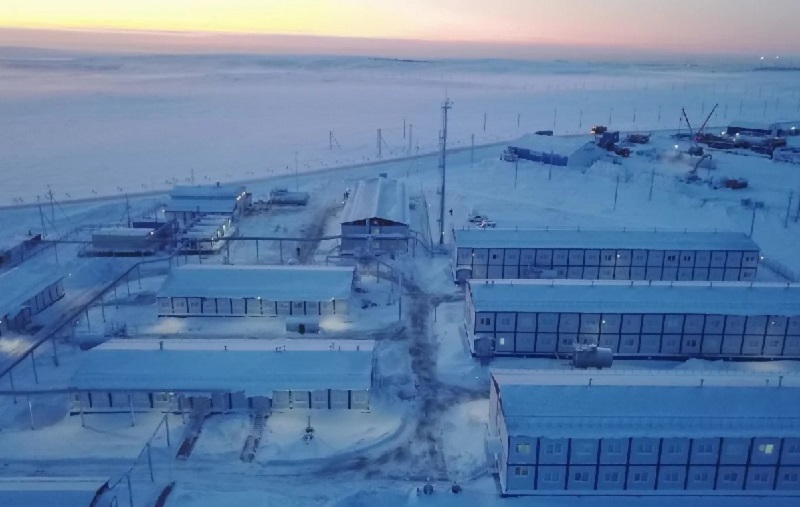 Dutch heavy lift and transportation firm Mammoet has been awarded transportation and installation contract by Technip-led joint venture (JV) NovArctic, in partnership with Saipem and NIPIgas, for the $21.3bn Arctic LNG 2 project in Russia.

Located in the Yamal-Nenets Autonomous Region’s Gydan Peninsula, the Arctic LNG 2 project has an expected production capacity of 19.8 million tonnes per annum (mtpa).

The project involves the construction of three LNG trains, and at least 1.6 mtpa of stable gas condensate.

Under the four-year contract, Mammoet will install 42 large modules onto three concrete gravity-based structures (GBS), which will host the three natural gas liquefaction trains, in the Russian city of Murmansk.

The project is expected to use about 2,000 self-propelled modular transporter (SPMT) axles, Mega Jack lifting systems, as well as a crane fleet spearheaded by a CC8800-1 crane.

In a press statement, Mammoet said: “Mammoet will provide unloading, lifting, jacking and skidding services at the purpose-built shipyard near Murmansk, ensuring a continuous installation of the modules on top of the GBS.”

The first train of the project is scheduled to be commissioned in 2023, while the second and third trains are planned to begin operations in 2024 and 2026, respectively. The project is based on the hydrocarbon resources of the Utrenneye field.

Novatek owns a 60% stake in the Arctic LNG 2 project while Total has a direct 10% interest. Total also owns an 11.6% indirect stake in the project via its 19.4% stake in Novatek.

CNPC, CNOOC, and the Japan Arctic LNG, which is a consortium of Mitsui & Co and JOGMEC, each hold a 10% interest in the project.

For the contract work, Mammoet plans to mobilise SPMT axles and additional heavy lift cranes to the yard.

In April 2020, Compressor Controls Corporation (CCC), a division of Roper Technologies, has secured multiple contracts for the Arctic LNG 2 project.