The newly erected pylon will be part of a 55.5km transmission line through the Atacama Desert 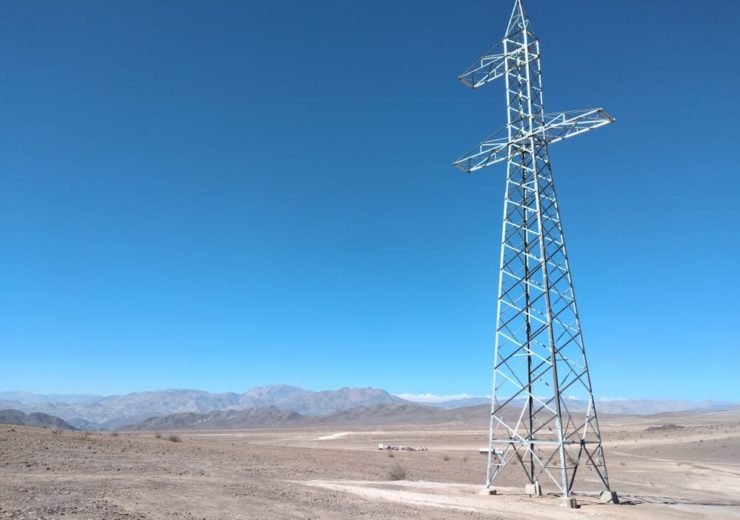 The newly erected Pylon No 100 will be part of a 55.5km transmission line through the Atacama Desert, connecting the Rio Escondido Solar PV farm to the Chilean grid. (Credit: Mainstream Renewable Power.)

Andes Renovables is a fully contracted three-phase solar and wind power project involving an investment of around $1.7bn.

The next two phases, Huemul and Copihue, will have a combined capacity of around 730MW.

Located near the Tierra Amarilla commune in the northern region of Atacama, the newly erected Pylon No 100 will be part of a 55.5km transmission line through the Atacama Desert, connecting the Rio Escondido Solar PV farm to the Chilean grid, which features a combined 179 towers.

Río Escondido is said to be Mainstream’s first solar PV project in the country.

According to the company, Río Escondido is part of the 571MW Condór portfolio, which includes the Tchamma, Cerro Tigre and Alena wind farms.

Mainstream stated: “It will initially carry energy generated by the 170MWp solar plant to the Cardones substation, where it will be injected into the National Energy System.

“At a later date, the line will also serve Río Escondido’s sister project, the 123 MWp Valle Escondido solar PV farm, which is still at its development stage.”

The first phase of the Andes Renovables platform will provide power to Chilean households from 2021.