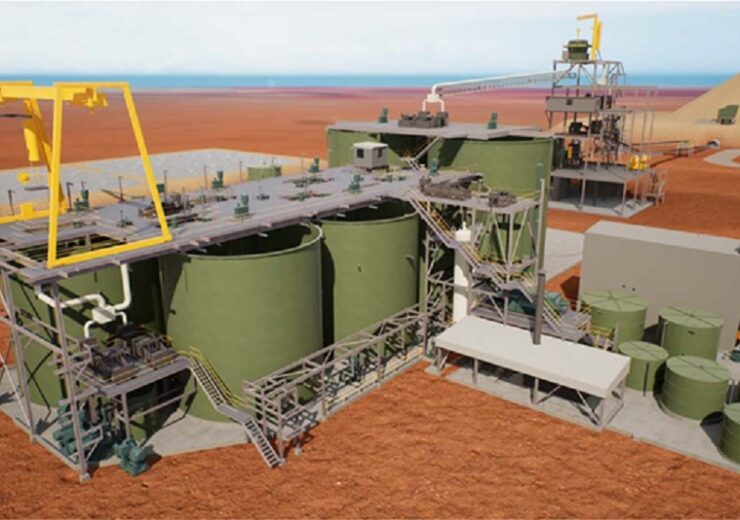 Artist’s view of the planned 4Mtpa CIL plant at King of the Hills. (Credit: Red 5 Limited.)

The King of the Hills gold mine is located 80km south of the company’s Darlot Gold Mine.

The EPC contract and bulk earthworks include the KOTH processing facility, facilitating the bore fields, high voltage power distribution, workshop, warehouse and bulk earthworks. The works will be undertaken as a fixed‐price contract.

Red 5 stated that MACA Interquip has an experience of building similar carbon‐in‐leach (CIL) processing plants to the 4Mtpa process plant planned at KOTH.

To date, the gold producer has committed to purchase a 240-bed camp accommodation, water and waste water treatment plants and central facilities, to design and build a 450-person village, 6Mtpa gyratory crusher and 4Mtpa SAG mill.

MACA Interquip’s EPC contract will be executed in two phases

The EPC contract will be executed in two phases. While the first phase will be limited to A$50m ($35.6m), the second phase will include the remaining contract value.

Red 5 will release the funds for the phase depending on the status of its debt financing.

Red 5 managing director Mark Williams stated that the award of the EPC Contract and bulk earthworks marked another important milestone for the company as it prepares to make the transition to become a multi‐operational, mid‐tier gold producer.

He said: “Our decision to award these key contracts and make commitments to significant long‐lead items prior to completing project debt funding reflects our confidence in the robustness of the King of the Hills Project.

“Importantly, the commitments made to date are below budget for this stage of the KOTH Project, and should give our stakeholders confidence that we are well on track to progress the development of this major project, with production planned to start in June Quarter 2022.”