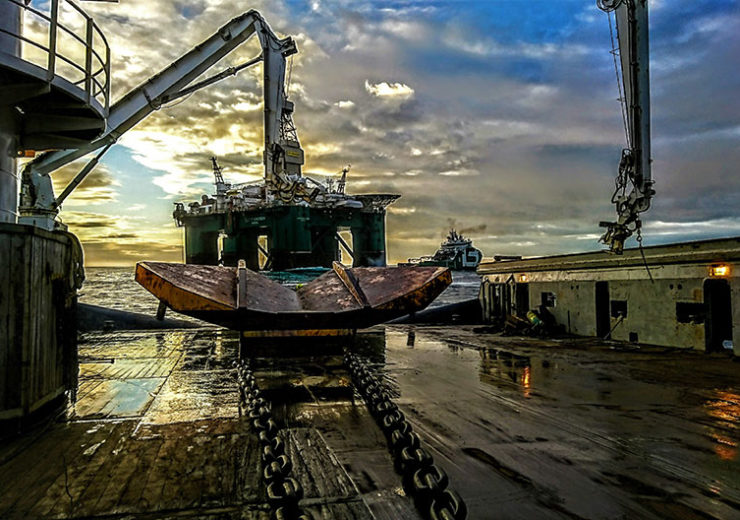 Lundin Petroleum has reported an oil discovery at the Goddo prospect on the Utsira High in the Norwegian North Sea, nearly 14km south of the company-operated Edvard Grieg field.

The oil discovery was made in PL815 in the central part of the North Sea by the company’s subsidiary Lundin Norway following the drilling of the exploration well 16/5-8s.

The wildcat well was drilled by the Leiv Eiriksson semi-submersible drilling rig to a measured and vertical depth of 2443m and 2068m, respectively, below the sea surface, and was terminated in granitic basement rock.

According to the Norwegian Petroleum Directorate (NPD), the well’s primary exploration target was to prove petroleum in fractured and weathered granitic basement rock and to verify pressure communication with the Rolvsnes oil discovery.

Size of the discovery at the Goddo prospect

Lundin Petroleum said that the well intersected a potential oil column of nearly 20m in fractured, weathered basement rock, having poor reservoir quality. As per preliminary estimates, the size of the discovery at the Goddo prospect is between 0.2 and 1.6 million standard cubic metres of recoverable oil.

The company also revealed that pressure data showed that the new oil discovery is not in pressure communication with the Rolvsnes oil discovery.

Its subsidiary carried out extensive coring and data acquisition which indicated that the reservoir displayed similar characteristics as found in Rolvsnes. However the two discoveries are not connected, said Lundin Petroleum.

The company, in a statement, said: “The forward appraisal and commercialisation strategy for the Utsira High basement play will be based on evaluation of the production performance from the Rolvsnes extended well test where production is set to commence in mid-2021, as well as the information collected at Goddo and surrounding well data.”

The company further said that two horizontal wells located in the northern part of the Edvard Grieg field have already contributed production from the basement.

Lundin Petroleum also said that the Tellus East discovery made in June 2019 by Lundin Norway has similar reservoir to Rolvsnes and Goddo will be brought into production as part of a future Edvard Grieg infill programme.