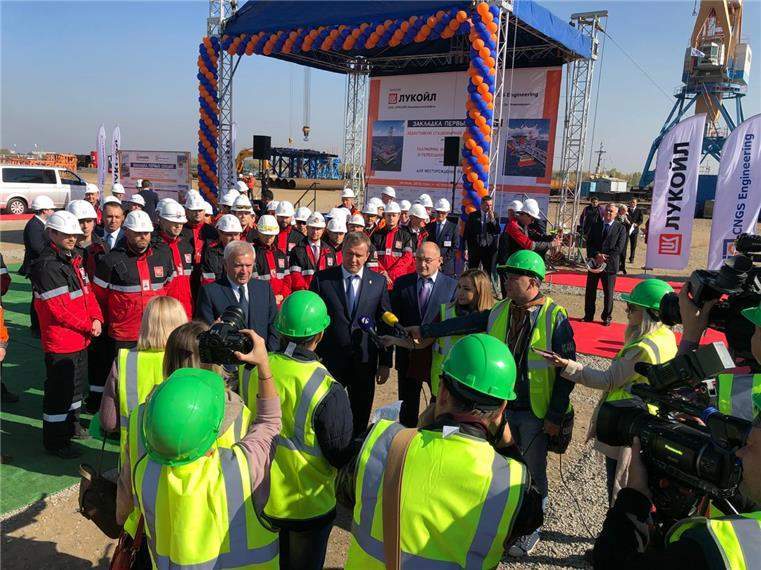 Located 160km from the Astrakhan port in Russia, the Rakushechnoye field is expected to be brought into commercial oil production in 2023. The anticipated oil production plateau from the Caspian Sea field is 1.2 million tonnes per year.

Lukoil said that as the Rakushechnoye field is located very close to its other Caspian fields. This makes it feasible for the oil and gas firm to utilize existing power supply facilities and infrastructure for the treatment and shipping of the products, thereby helping it in overall optimization of the offshore oil project.

The new infrastructure to be added for the Rakushechnoye field development includes an ice-resistant fixed offshore platform along with a living-quarter platform, which are interconnected to a gallery bridge.

All the facilities will be constructed by a Russian contractor at shipbuilding yards located in the Astrakhan Region, said Lukoil.

Discovered in 2001, the Rakushechnoye field is estimated to hold initial recoverable reserves of nearly 39 million tonnes of oil and gas condensate, and 33 billion cubic meters of gas.

The field development will also see installation of subsea interfield pipelines and cable lines for linking the production to a second fixed offshore ice-resistant platform at the Vladimir Filanovsky field, located 8.5km from the Rakushechnoye field.

Lukoil plans to deliver the hydrocarbons produced at the Rakushechnoye field to the central processing platform of Vladimir Filanovsky field for treatment. The treated hydrocarbons will be further exported through the CPC pipeline.

Lukoil arrived at a final investment decision on the Rakushechnoye oil project in July 2018.

Discovered in 2000, the Yury Korchagin field, which entered into commercial production in 2010, is the maiden discovery of Lukoil in the North Caspian oil and gas province.