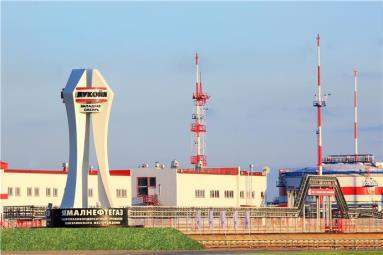 Currently, the company’s daily production at the Pyakyakhinskoye field in the Yamal-Nenets Autonomous District is over 10 million cubic meters of natural and associated petroleum gas.

Since the start of commercial production in October 2016, the cumulative production of crude oil and gas condensate at the field has reached 2.7 million tons.

According to the company, the producing well stock of the field consists of 30 gas condensate and 70 oil wells.

The Pyakyakhinskoye oil and gas condensate field is claimed to be one of the largest fields in terms of explored hydrocarbon reserves that entered commercial production in the Yamal-Nenets Autonomous District over the past few years.

Under the C1+C2 category of the Russian reserve classification, the field is estimated to contain initial recoverable reserves of 86 million tons of crude oil and gas condensate and 261 billion cubic meters of gas.

Discovered in 1989, the Pyakyakhinskoye field is located within the Bolshekhetskaya depression in the Yamal-Nenets Autonomous District.

Recently, Lukoil has made a final investment decision (FID) on the Rakushechnoye field development project in the Caspian Sea.

Discovered in 2001, the Rakushechnoye field is located 160km from the port of Astrakhan, Russia, with a sea depth ranging from from 5 to 8 meters.

The Rakushechnoye field is estimated to contain initial recoverable reserves of around 39 million tonnes of oil and gas condensate, and 33 billion cubic meters of gas.