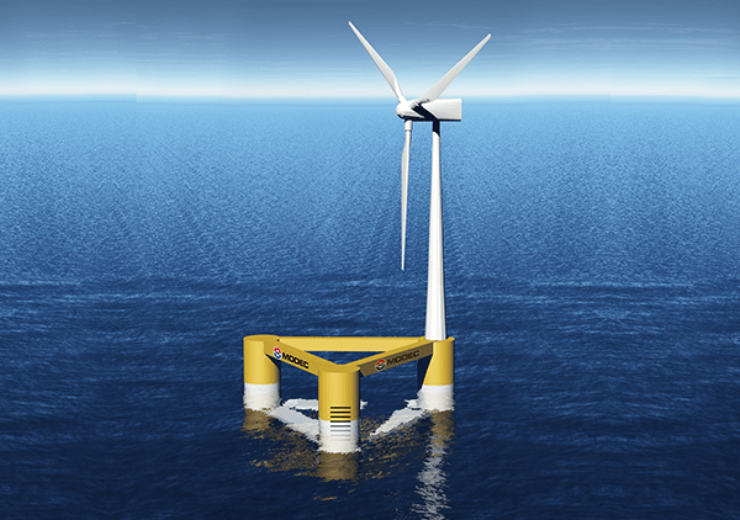 MODEC, Toyo Construction and Furukawa Electric are pleased to announce that a proposal applied for the public offering of Research and Development for Technology to reduce Capital Expenditure (CAPEX) and Operating Expense (OPEX) of Floating Offshore Wind Turbines was officially adopted by New Energy and Industrial Technology Development Organization (“NEDO”) in Japan. As of October 30, 2020, MODEC, Toyo Construction and Furukawa Electric signed a contract with NEDO related to the foregoing Research and Development.

Offshore Wind Turbines, which are being widely introduced mainly in Europe toward a decarbonized society, will be moving from coastal installations to more windy offshore areas in order to obtain higher energy efficiency, so in addition to the fixed bed type, Floating Offshore Wind Turbines are getting attention as well.

This research and development aim at reducing the overall cost of Floating Offshore Wind Turbines by adopting Tension Leg platform (TLP) instead of the catenary mooring which is being demonstrated in Japan and overseas. Taking advantage of platform stability by TLP, MODEC, Toyo Construction and Furukawa Electric will develop low-cost next-generation platform and mooring system with structural reliability required for a floater to be mounted with a large capacity wind turbine of over 10 MW, which is expected to be a common size in the actual business application, and durable submarine power transmission line system. In addition, comparing with catenary mooring, the area occupied by mooring lines in the sea can be significantly reduced, so the negative impact on fisheries and ship operations can be minimized, and excellent social acceptability can be realized.

This research and development will be carried out for two years until March 2022, by assigning TLP including mooring system to MODEC, mooring foundation design and offshore construction to Toyo Construction, and subsea power transmission system to Furukawa Electric.

MODEC has been providing competitive floating solutions for the offshore oil and gas industry and has been recognized as a leading specialist for floating oil and gas production systems such as Floating Production Storage and Offloading (FPSO) vessels and TLP. As a global leader, MODEC is the only specialist in Japan of this industry. As for the TLPs as oil and gas production facilities, MODEC has the world’s best track record, and its experience and technology enable the installation of large-capacity wind turbines, and also high social acceptability and economic efficiency. Toward the early realization for Floating Offshore Wind Turbines by using next-generation platform and mooring system, MODEC will work with Toyo Construction, who has abundant experience in designing and constructing offshore construction, and Furukawa Electric, who has a track record in building power transmission system.