Canadian gold producer Kinross Gold has decided to move ahead with the initial Gilmore expansion project at its Fort Knox gold mine in the US state of Alaska with an investment of about $100m. 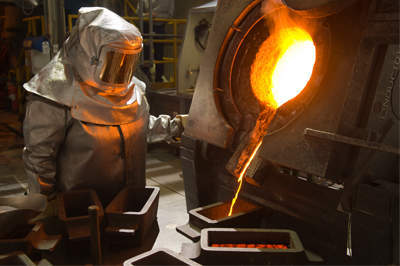 The objective of the initial Gilmore project in the Fairbanks mining district is to extend mining at the gold mine by six years to 2027, and leaching to 2030. The project is also expected to boost life-of-mine production by nearly 1.5 million Au eq. oz.

Kinross Gold president and CEO said: “The Gilmore project offers an attractive IRR and NPV and adds to our suite of quality development projects at Tasiast, Round Mountain, Bald Mountain and Kupol to enhance our globally diverse portfolio.”

As per the project plan, minimal construction of new infrastructure and new equipment purchases are needed at the site.

Kinross Gold said that this includes continuing mining using the current fleet of Fort Knox and making use of assets from the company’s other North American operations as replacement equipment would be needed.

The gold miner said that it will look to fund the initial capital costs of the initial Gilmore project using the cash flow of Fort Knox.

According to Kinross Gold, early construction work on the new heap leach and dewatering is anticipated to commence in the third quarter of this year while stripping will begin next year.

Kinross Gold expects milling at the Fort Knox gold mine to end in late 2020. The company had acquired 100% stake in the open pit gold mine in 1998.