A US appeals court has turned down TransCanada’s efforts to resume work on its $8bn Keystone XL pipeline project, which has been on hold due to environmental concerns. 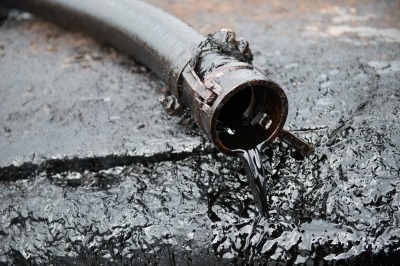 Image: The Keystone XL pipeline will deliver Canadian oil sands into the US. Photo: courtesy of anankkml/FreeDigitalPhotos.net.

The US Court of Appeals for the Ninth Circuit refused to overturn an earlier ruling of the US District Court for the District of Montana, which blocked the construction of the 1,900km long Keystone XL pipeline.

The appeals court said that the injunction on construction of the Canada-US tar sands pipeline project will continue until it takes a decision on the merits of the case.

The US Court of Appeals for the Ninth Circuit ruled: “The initial jurisdictional questions are complex, and TransCanada has not made the requisite strong showing that they are likely to prevail on the merits.

“The record shows that the district court carefully considered all applicable factors in denying the stay of its injunction. Nken v. Holder, 556 U.S. 418, 433-34 (2009). We see no abuse of discretion in refusing to stay the order.

“The district court has previously narrowed the scope of its injunction. Without prejudging the merits of this appeal at this preliminary stage, we deny TransCanada’s motion that we narrow it further.”

TransCanada told the appeals court that if it cannot start construction on the pipeline project by 15 March, then it could altogether miss the 2019 construction season.

The decision from the appeals court leaves TransCanada to possibly start construction on the pipeline project, latest by 2020.

The Keystone XL pipeline is designed to transport over 800,000 barrels per day of heavy crude sourced from Canadian oil sands into the US. The 36-inch diameter pipeline project is to start at Hardisty in Alberta province, Canada and terminate south of Steele City in Nebraska, US.

In November 2018, US District Court for Montana judge Brian Morris blocked the project on the grounds that certain adverse environmental impacts that are likely to result from the pipeline project were not considered adequately by the Donald Trump administration before it released a presidential permit in March 2017.

Sierra Club senior attorney Doug Hayes said: “It’s been over a decade since this dirty tar sands pipeline was proposed, and TransCanada just keeps doing the same thing and hoping for a different result.

“Keystone XL would be a bad deal for the American people, and it’s never been more obvious that it will never be built.”