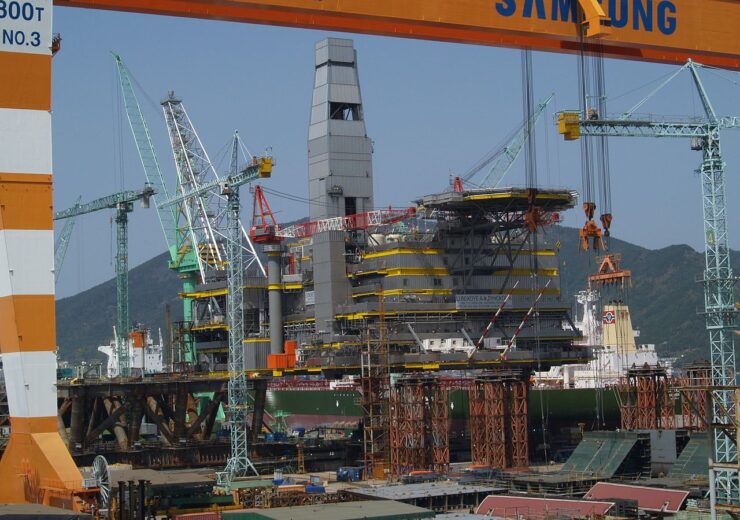 Lunskoye platform Sakhalin II when it was under construction. Credit: User:Towel401/ commons.wikimedia.org.

The company entered into the supply agreement with the project’s new Russian operator, Reuters reported quoting a spokesperson of JERA.

The spokesperson was quoted by the news agency as saying: “The main conditions such as volume, price and (payment) currency remained the same as the previous contract.” The spokesperson did not elaborate.

Notably, Russian President Vladimir Putin signed a decree to create a new entity to take the responsibility of Sakhalin-2 project in June.

Japan procures around 9% of its LNG from Russia. Majority of the supplies is made from Sakhalin-2.

Other Japanese companies are yet to take a decision on continuing business with Sakhalin 2.

A Kyushu Electric Power spokesperson said that the company is inclined to maintain its long-term contract, while Tokyo Gas is currently assessing the matter.

Saibu Gas Holdings and Tohoku Electric Power are evaluating the details of the JERA contract.

Other companies such as Toho Gas, Hiroshima Gas and Osaka Gas refused to comment on Reuters queries.

It was developed in two phases with an estimated investment of $20bn.

The project involved the development of Piltun-Astokhskoye and Lunskoye oil and gas fields. It has an annual LNG production capacity of 9.6 million tonnes.