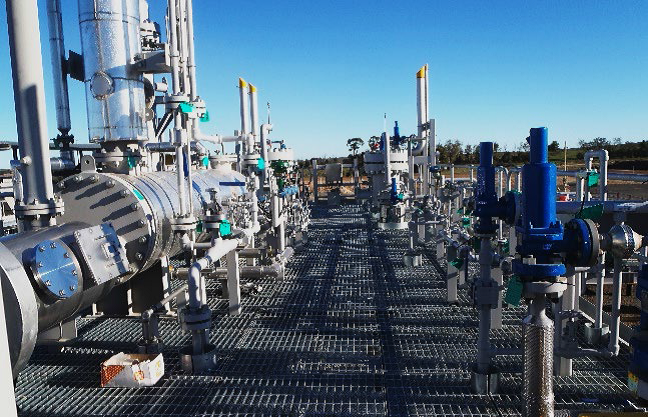 The Roma North Processing Facility is currently being commissioned with an estimated operational date in the early third quarter of 2019.

Under the transaction agreement, Jemena will own and operate the Roma North processing facility and pipeline to transport gas to the GLNG project. The purchase reflects Jemena’s  growing ambitions in the Surat and Bowen Basins.

The pipeline associated with the facility is capable of transporting up to 16Terajoules per day with a potential future expansion of up to 24TJ/d.

Jemena gas markets executive general manager Antoon Boey said: “We have continued interest in Queensland, particularly in the south-west, where we believe there are great opportunities to partner with producers to bring new gas to market. The agreement will strengthen our interconnection and compression capabilities, close to the Wallumbilla Gas Hub, while also bringing new gas to market.

Jemena intends to work in partnership with Senex Energy during the commissioning of the Roma North Processing Facility’s, as part of an ongoing relationship.

In June 2018, Senex Energy selected Jemena to build, own, and operate the Atlas Gas Processing Plant and Pipeline in south-west Queensland. The project, with all gas from the project ear-marked for the domestic market, is expected to produce first gas before the end of 2019.

Jemena claims that it has made significant progress in relation to the project, including the appointment of Spiecapag Australia as pipeline construction partner, starting the early civil works on site, and receiving a Petroleum Facility Licence from the Queensland Government.

Furthermore, the company is investing £111m in the Atlas project, which would create around 150 jobs in Queensland.