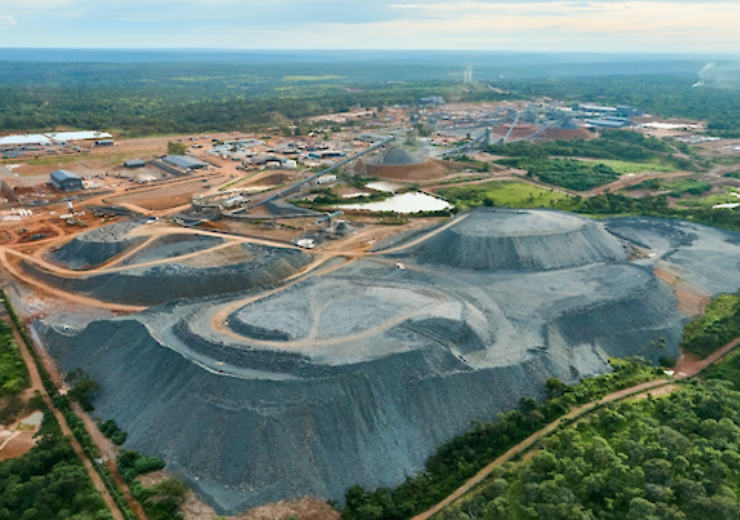 The Kamoa-Kakula copper project has been producing since May 2021. (Credit: Ivanhoe Mines Ltd.)

Ivanhoe Mines has approved a de-bottlenecking plan for its Kamoa-Kakula copper project in the Democratic Republic of Congo (DRC) to ramp up production to nearly 9.2 million tonnes of ore per year (Mtpa).

With the de-bottlenecking plan, the miner aims to boost the combined design processing capacity of phase 1 and phase 2 concentrator plants by almost 21% compared to the current production of 7.6Mtpa.

The initiative is projected to increase the phase 1 and phase 2 annual copper output of the project to over 450,000 tonnes by Q2 2023.

First copper production from the project was achieved in May 2021.

Kamoa Copper CEO Mark Farren said: “Given that our underground mine development and ore production are both progressing well ahead of schedule, the plant expansion will allow the operations team to process significantly more high-grade copper ore directly from the Kakula Mine in the years ahead.

“Our orebody has a huge advantage in allowing us to adapt our mining cut-off to mine larger tonnages very efficiently, while maintaining grades above a desired level.

“The expansion also provides the team with the flexibility to utilise our surface stockpiles, for which the mining is already paid for, that totalled more than 4.4 million tonnes grading 4.61% copper at the end of January.”

According to Ivanhoe Mines, construction on the phase 2 concentrator plant of the Kamoa-Kakula is on the verge of completion. The plant, which has a capacity of 3.8Mtpa is currently undergoing early-stage commissioning.

Hot commissioning of the concentrator plant with first ore and initial copper concentrate production is on schedule for April 2022, said Ivanhoe Mines.

The Canadian miner revealed that engineering and early works for the phase 3 expansion are in progress. The expansion includes a new box cut and twin declines to gain access to new mining areas.

A third concentrator plant with a significantly larger capacity is being designed and is slated to be commissioned in Q4 2024, said the company.

Recently, Ivanhoe Mines reached an agreement with Gécamines to create a new joint venture for bringing back the Kipushi zinc mine in the DRC into commercial production.