Independent Oil and Gas (IOG) claimed that significant contingent and prospective resources have been confirmed at the Goddard license located in blocks 48/11c and 48/12b offshore UK. 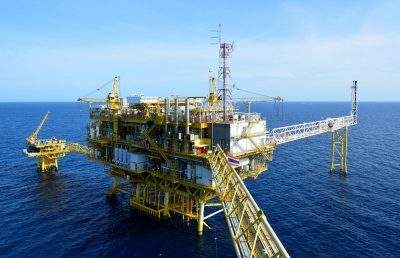 The North Sea operator claims come in the wake of results of a Competent Person’s Report (CPR) prepared by ERC Equipoise for the Goddard license, whose chance of development of the offshore gas project has been projected to be 75%.

Independent Oil and Gas said that depending on appraisal, a success case scenario and development, the resources in the mid-case could be converted to 181BCF.

The CPR outlines that the geological chance of success of the prospective gas resources stands at 48%.

Under the Goddard license agreement, which officially began on 1 October 2018, a firm commitment was made to the Oil and Gas Authority (OGA) for the drilling of an appraisal well on it inside three years.

IOG CEO Andrew Hockey said: “It is very encouraging that the mid-case contingent resources and the prospective resources in the Goddard structure have been independently confirmed to be in line with management estimates.

“This again corroborates the high quality of the work undertaken by IOG’s technical team and we are very excited to commit to the appraisal well. Once drilled, the Company would move forward to field development planning as fast as possible.”

Previously known as Glein, the Goddard discovery was proven in 1994 by the drilling of well 48/11a-12 by Arco. In May 2018, the Goddard license was awarded to IOG at 100% working interest during the UK’s 30th Licensing Round.