innogy first wind farm in Ireland – the 10.2MW Dromadda Beg onshore wind project has started operations an year after its acquisition by the German energy company. 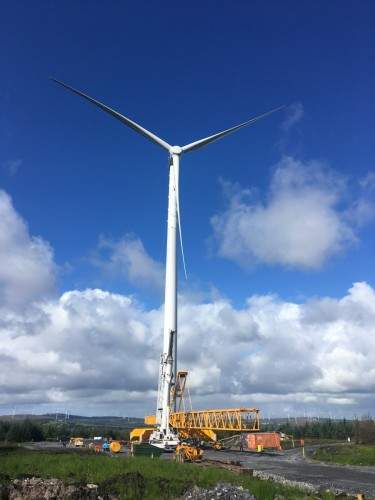 The three turbines, situated in County Kerry, are now in the final stage of commissioning.

innogy Renewables chief operating officer Hans Bünting said: “I am very pleased that we have started operation of our first project in Ireland. This is an important milestone to grow in this exciting market.

“innogy is looking forward to support the ambitious Irish target to generate 70% of electricity from renewables by 2030 with further green projects. As an experienced developer, builder and operator of renewables-based facilities we are delighted to reinforce our commitment to be a trusted partner for Ireland’s energy transition.”

Innogy Renewables Ireland managing director Cathal Hennessy said: “We have been encouraged by recent government announcements on the new renewables electricity support scheme, in particular the support for ‘auctions’ which will enable renewable project operators to compete with each other to supply green electricity to the Irish grid.

“innogy has considerable experience in competing in such support schemes and has seen significant successes in wind auctions in recent years in Europe. We aim to replicate this in Ireland.”