Renewable sources edged out coal and gas to become the UK's dominant suppliers of electricity in 2020, driven by the growth of wind power 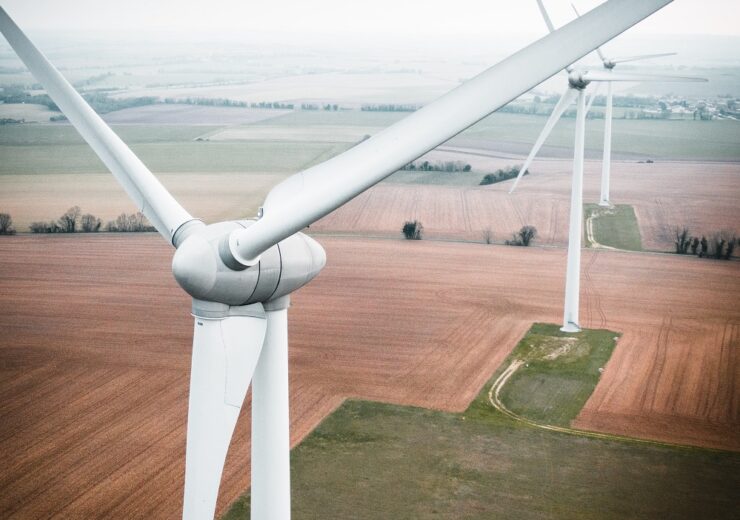 For the first time, the UK produced more electricity from renewable sources than it did from fossil fuels in 2020, according to a new analysis.

The milestone in the country’s push to achieve net-zero emissions by 2050 was driven largely by a 4% year-on-year increase in the share of wind power in the energy mix – which reached its highest-ever level of 24%.

Wind has now doubled its contribution to the UK power sector since 2015, according to the report from climate think tank Ember.

The renewable technology has proved the driving force behind the UK’s low-carbon energy transition, and the government has prioritised further wind development in recently-announced decarbonisation targets.

Solar and hydropower remained unchanged since 2019, making up 4% and 2% of the UK’s electricity production respectively.

It was the second year running that solar generation stayed flat, which Ember said reflects “the lack of a supportive policy environment for the technology”.

Overall, renewables contributed to 42% of UK electricity generation last year, edging past fossil fuels which accounted for a 41% share.

While the level of power generated by natural gas hit a five-year low of 37% – due largely to a fall in energy demand caused by the pandemic – it remains the single-largest source of electricity in the UK.

But as policymakers aim for a rapid expansion of installed wind power capacity over the next decade, wind turbines look poised to claim further market share from gas-fired production.

“With Prime Minister Boris Johnson’s 40GW 2030 offshore wind target, gas generation is set for further rapid declines over the 2020s,” said Ember’s European programme lead Charles Moore. “It is clear the UK has started its journey towards gas power phase-out in 2035 as recommended by the Climate Change Committee.”

Coal-fired generation, which is in the process of being phased out ahead of a 2024 nationwide ban, produced only 2% of the country’s electricity supply – marking a speedy decline compared to just five years earlier when the fuel accounted for a 23% share of the national energy mix.

Bioenergy – classed as renewable by the UN’s Intergovernmental Panel on Climate Change – generated 12% of the UK’s electricity in 2020, up slightly from a year from the previous year.

However, Ember raises concerns over the use of bioenergy for electricity production, which in the UK is primarily derived from woody biomass-burning facilities.

“Bioenergy is a much higher risk source of renewable electricity – for both climate and environmental outcomes – than the other sources such as wind and solar,” the group said. “Further wind and solar growth will enable the UK to stop burning wood for power.”

Earlier this week, Ember published a report detailing how renewables also overtook fossil fuels for the first time across the broader European electricity network in 2020. Germany and Spain joined the UK in making renewables the dominant source of energy generation in their respective power systems.

“It is significant that Europe has reached this landmark moment at the start of a decade of global climate action,” said Ember’s senior electricity analyst Dave Jones.

“Europe is relying on wind and solar to ensure not only coal is phased out by 2030, but also to phase out gas generation, replace closing nuclear power plants, and to meet rising electricity demand from electric cars, heat pumps and electrolysers.”