Building new fossil fuel infrastructure is no longer 'cost-effective' said the UN secretary general, as the price of installing renewables continues to decline 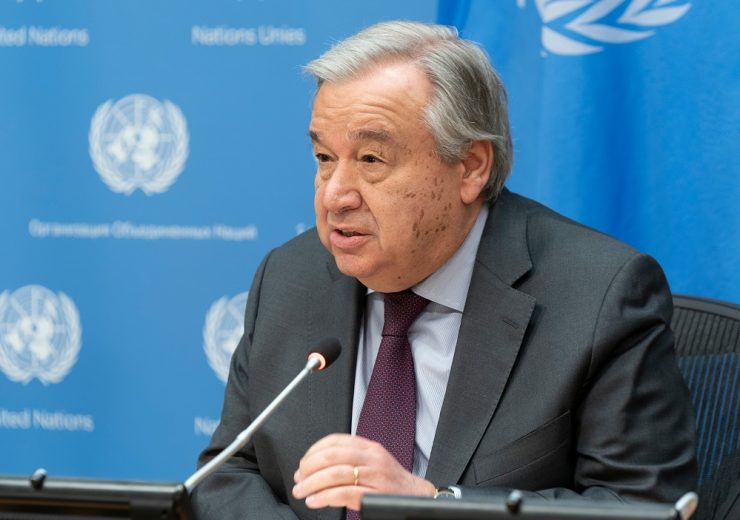 UN secretary general António Guterres has said ending coal use worldwide by 2040 must be a “top priority” in the fight against climate change, and urged international investors to stop financing new fossil fuel projects.

“For some, this means at least doubling their latest climate commitments,” Guterres said in a speech given at the Petersberg Climate Dialogue.

He added: “We can no longer afford big fossil fuel infrastructure anywhere. Such investments simply deepen our predicament. They are not even cost-effective. Fossil fuels are now more expensive than renewables.”

Ahead of November’s COP26 summit in Glasgow, Scotland, pressure is mounting on policymakers to introduce tougher climate goals in order to accelerate the pace of global emissions reduction.

At a summit of world leaders hosted by the White House last month, the US pledged to at least halve its carbon emissions by 2030, while Japan and Canada strengthened their respective mitigation targets.

South Korea promised to end all government financing of overseas coal projects, while China made its first hint at reducing the size of its massive coal fleet, with President Xi Jinping saying the country would aim to start a coal “phase down” during its 15th five-year plan, which starts in 2026.

These are all “encouraging signs” for Guterres, but he used his address to urge all countries, especially members of the G20 group, to close the mitigation gap further by COP26.

As wealthy nations lay out their proposals for faster pathways to mitigating emissions, Guterres reminded world leaders of their responsibilities to help developing countries address the impact of climate change.

“I remain deeply worried about the lack of progress on adaptation,” he said. “There is a false dichotomy that says adaptation finance can only increase at the expense of mitigation finance. The fact is that we need both.

He called on global financial institutions, including multilateral development banks, to direct at least 50% of their climate financing to adaptation and resilience measures, and to make “concrete proposals” that will enable small island developing states and the least developed countries to access climate finance more easily.

“The success of COP26 rests on achieving a breakthrough on adaptation and finance,” he added. “This is a matter of urgency and trust.”