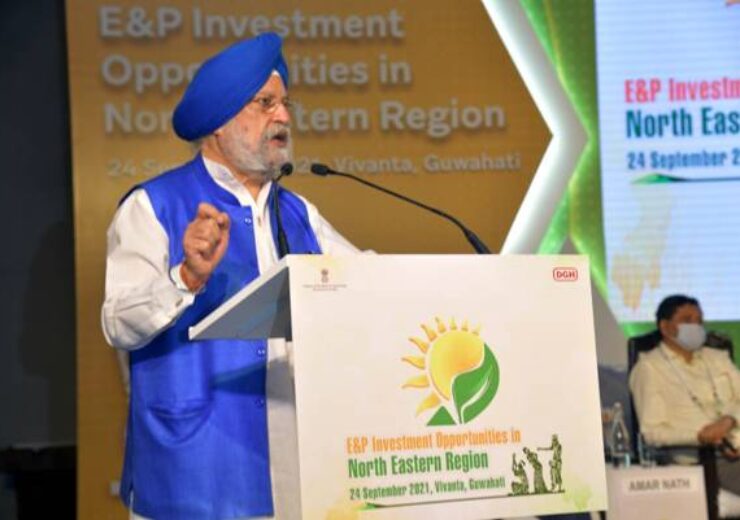 The Indian Petroleum and Natural Gas Ministry announced that the government has approved INR1 trillion ($13.54bn) worth of oil and gas projects in the country’s northeastern region.

According to the petroleum Minister Hardeep Singh Puri, the projects are expected to be completed by 2025.

Puri made the announcement during a conference on oil and gas opportunities in the northeastern region of India.

The Minister said that the exploration acreage in the region will be increased by two times from the existing 30,000km2 to 60,00km2 by 2025.

The Indian government plans to bring in a two-fold increase in oil and gas production in the country from current 9 million metric tonnes of oil equivalent (MMTOE) to 18MMTOE by 2025.

The Minister said that the region has a massive hydrocarbon potential, which is waiting to be exploited. Of the estimated 7,600 million metric tonnes of oil equivalent (MMtoe) of resources contained in the North-East, only 2,000MMtoe has been discovered so far, said the Minister.

The Indian Petroleum and Natural Gas Ministry stated: “With concerted efforts by industry and governments, oil production is expected to increase by 67% from 4.11 million metric tonnes (MMt) in 2020-21 to 6.85MMt in next 4 years.