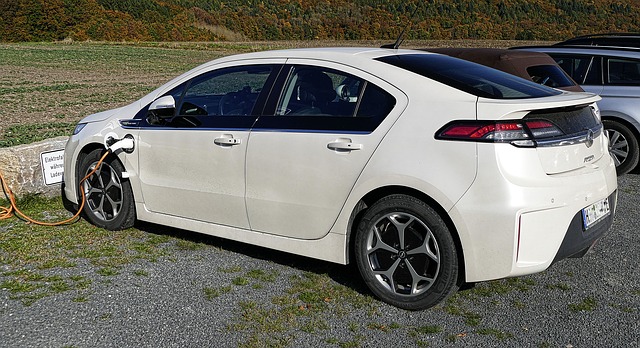 Image: Igloo Energy is offering all new customers to its Pioneer Tariff 1,200 free miles worth of charging via its Smart EV app. Photo courtesy of Wolfgang Eckert from Pixabay.

Demonstrating its dedication to providing customers with clean sources of energy to charge their electric vehicles, Igloo Energy is offering all new customers to its Pioneer Tariff 1,200 free miles worth of charging via its Smart EV app.

In the UK, the majority of EV drivers have no control over the type of energy used to charge their vehicles as the National Grid is supplied by a combination of sources, including renewables such as wind, solar and hydro, as well as traditional dirtier fuels such as coal and gas. To ensure owners of electric vehicles are using the greenest possible energy, Igloo Energy has created the app so drivers can simply plug their cars in and set what time they need it charged by. Igloo Energy will then ensure the car is charged by the cleanest possible energy available on the grid at that time.

By using the Igloo Smart EV app, Tesla drivers can track and control their charging, whilst also making it greener by reducing carbon emissions by an additional 20%.

The offer follows a recent trial between Igloo Energy and Tesla drivers. The trial found that the majority of users plug in during the early evening when consumption peaks. Most users don’t need to charge straight away, and have lots of flexibility around when to charge their electric vehicle. By using the Igloo Smart EV app, users were able to automatically align their charging with off peak renewables. For a typical user this results in carbon emission savings which are equivalent to a flight from London to Berlin on the plane.

Matt Clemow, CEO, Igloo Energy, comments, “We’re passionate about helping our customers reduce how and when they use energy both inside and outside the home and we want to make this as easy as possible for them. Our trial with Tesla drivers has been a huge success and we’re excited about welcoming new customers who want to reduce their carbon footprint to our simple single tariff which will allow them to easily lower their energy usage.”

Nick Woolley, ev.energy CEO & Co-Founder, says, “For a typical user driving 8,000 miles a year, we can reduce the CO2 emissions of charging their electric vehicle by 20%. Over a year this equates to 150kg of CO2 or a flight from London to Berlin on a plane.”