The Puertollano plant generates 100% green hydrogen using one of the world’s largest electrolysis systems, and will have zero carbon emissions 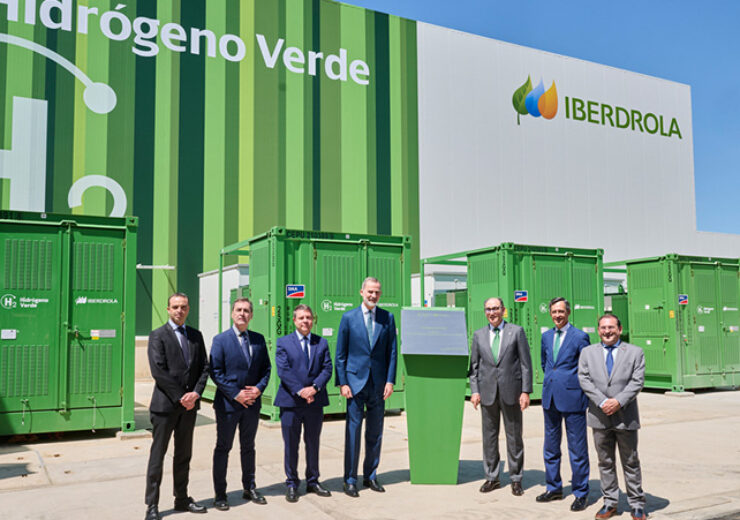 Built with an investment of €150m, the Puertollano plant is one of the largest industrial hydrogen facilities in Europe.

The plant generates 100% green hydrogen using one of the world’s largest electrolysis systems, and will have zero carbon emissions as it uses renewable energy from the integrated solar plant.

The construction of the project has supported the region’s economic development, by creating more than 1,000 local jobs, and involving nearly 80 local companies, said Iberdrola.

Ignacio Galán said: “The plant presented today represents the start of a major plan of more than 2,000 million euros to replace imported gas with green hydrogen in the production of ammonia for fertilisers.

“The company’s investments in all technologies that contribute to decarbonising the economy and increasing energy independence with projects such as this one, so that we can continue to make Spain a leading country in sectors of the future.”

The green hydrogen produced at the Iberdrola plant is planned to be used by the ammonia factory in Puertollano, owned by chemical and fertilizer company Fertiberia Group.

Fertiberia’s ammonia plant will use the green hydrogen to reduce the use of natural gas.

The start-up the Puertollano plant is first phase of Iberdrola’s plans to produce 40,000 tonnes per year of green hydrogen for Fertiberia’s consumption until 2027, with a potential €1.8bn investment.

Furthermore, Iberdrola has submitted the project to the Spanish Hydrogen IPCEI, which is pending analysis by the European Commission (EC).