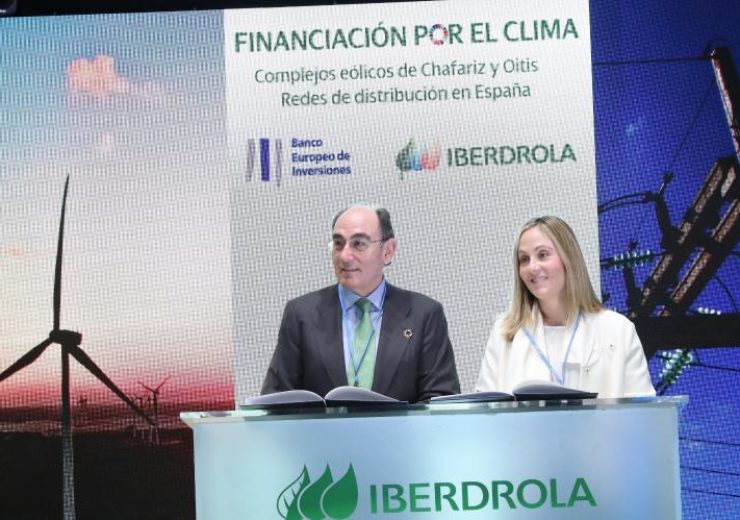 Image: The agreements were signed at the UN Climate Change Conference (COP25) in Madrid. Photo: courtesy of Mercedes Landete/EIB.

Iberdrola has secured two loans from the European Investment Bank (EIB) totaling €690m, which will support the company’s wind energy projects in Brazil and distribution networks in Spain.

As per the agreement signed at the Climate Change Conference (COP25) held in Madrid, the EU bank will provide €250m to finance 15 wind farms that Iberdrola will build in north-eastern Brazil. It is the first agreement signed between the bank and Neoenergia, a Brazilian subsidiary of Iberdrola.

To be located in three states, namely Paraíba, Bahía and Piauí, the wind farms with a total capacity of 520MW are expected to generate 2,300GWh of clean power per year.

The wind farms will help to offset carbon dioxide emissions and boost the proportion of renewable energy in the country’s electricity production.

The investments in the wind farm projects, which will create 2,300 jobs, will be made over a period of five years.

EIB vice-president Emma Navarro said: “We are the EU’s climate bank, and that is why we have strengthened our climate ambition.

“We are working on mobilising up to EUR 1tn over the coming decade through projects that, like the ones we are supporting today, are going to help with the transition towards a low-carbon economy by promoting renewable energies.”

The EU bank will also provide €440m loan to the firm to boost electricity distribution networks in Spain.

The loan will help in the digitalisation of infrastructure critical for the decarbonisation of the economy.

These networks are essential to energy transition as they allow integration of more renewables, smart cities, sustainable mobility, and decentralised consumption.

Iberdrola CEO Ignacio Galán said: “The byword for this COP is the need to start taking action, and that is what Iberdrola and the EIB are doing today: undertaking specific actions that will help to limit the global temperature increase to 1.5°C.

“Iberdrola got a head-start with this transition 20 years ago, when we realised that the economy of the future had to be carbon-free.

“Since then, we have invested EUR 100bn in renewables, smart networks and efficient supply, becoming one of the world’s largest utility companies.”

EIB’s aim is to provide the finance needed to keep global warming under 2°C and to limit the temperature increase to 1.5°C in order to meet the Paris Agreement objectives.