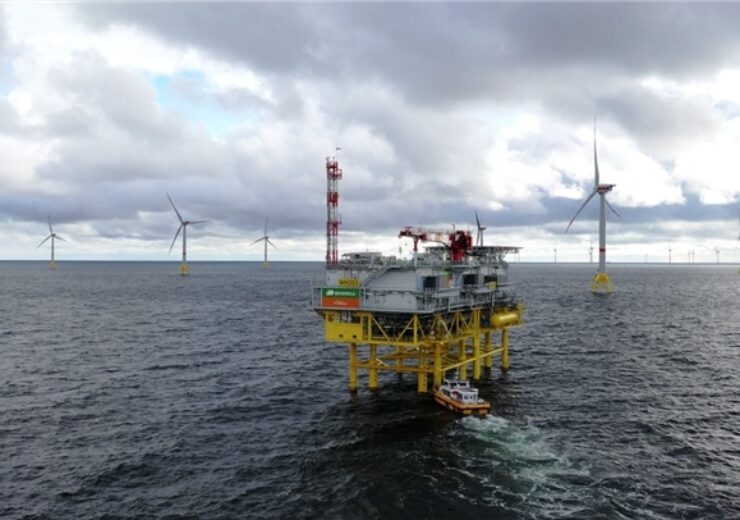 Iberdrola continues to make progress in the development of Saint Brieuc, its first large-scale offshore wind project in Brittany – with €2.4 billion investment and 496 megawatts (MW) installed capacity – and has awarded a major contract for the construction of the offshore substation. A joint venture, formed by Eiffage Métal and Engie Solutions, will be responsible for the fabrication of all the structural elements of the substation, except for the electrical equipment.

Eiffage Métal will be in charge of the engineering and construction of the foundation and topside that houses the transformers and electrical equipment. ENGIE Solutions will carry out final assembly work and commissioning tests.

The substation is one of the key elements of the windfarm, tasked with collecting and preparing for export all the electricity produced by the 62 wind turbines, estimated at around 1,820 GWh per year. With this energy production it will be possible to sustainably meet the demand of 835,000 people and avoid the emission of 100,000 tonnes of CO2 into the atmosphere each year.

Fabrication works, scheduled to finish in early 2022, will be carried out in the yards operated by Eiffage in Belgium and Poland with final assembly works to take place in Belgium at the shipyards run by Engie Solutions.

With this new contract, Iberdrola confirms its commitment to the green recovery and sustainable growth in the European Union while helping to reindustrialise and modernise the European shipbuilding sector, on which thousands of jobs across the continent depend.

As was the case with Wikinger and East Anglia One, this new renewable facility has become a new example of how the green economy based on investments in renewables drives industrialisation in sectors with growth potential in Europe and acts as a tractor for sustainable and quality jobs in Spanish and European companies.

Last June, the Navantia-Windar joint venture was awarded the construction of the 62 jackets, with their respective piles. The contract, valued at €350 million, is the largest offshore wind award in the history of the Navantia-Windar joint venture that is meant to create around 1,000 jobs both in Asturias, where the piles are being manufactured, and in Galicia, where the jackets are being made and the final assembly of all the components will take place.

At the moment, some 15 local suppliers are already working in the Ría de Ferrol (Galicia) and in Avilés (Asturias), and it is estimated that in the coming months the number will double. In addition, in the port of Brest itself, this contract has mobilised several French companies.

Since March 2020, Iberdrola has completed almost all the supply contracts for Saint-Brieuc, with only the electrical equipment for the substation yet to be awarded.

The wind turbines are being manufactured by Siemens Gamesa, Prysmian will take over the underwater cable, Van Oord will transport the foundations – planned for March 2021 – and Saipem will install the substation on site. The windfarm’s commissioning is planned for 2023.

This new facility shows Iberdrola’s commitment to the French market where the company plans to invest up to €4 billion over the next four years.

Iberdrola is confident that electrification will act as a lever for change in the post-COVID world and has therefore accelerated investment to help revitalise economic activity and job creation.

This commitment to a green recovery will see record investments this year of €10 billion in renewable energy, smarter electricity networks and large-scale storage systems, after having spent €100 billion globally since 2001.

In offshore wind, the company already has plants in operation in the Irish Sea, in German waters of the Baltic and in the North Sea; it is working on new developments in the United Kingdom and the United States, in addition to France; and has a 12,000 MW project pipeline.

Iberdrola is a global renewable energy leader with an installed capacity of 32,695 MW, making its generation fleet one of the cleanest in the energy sector. As of June, the company’s renewable energy project pipeline exceeded 58,000 MW.