Norway’s Hoegh LNG has signed an agreement with Australian Industrial Energy for supply of a floating storage and regasification unit (FSRU) for the proposed Port Kembla LNG Terminal (PKGT). 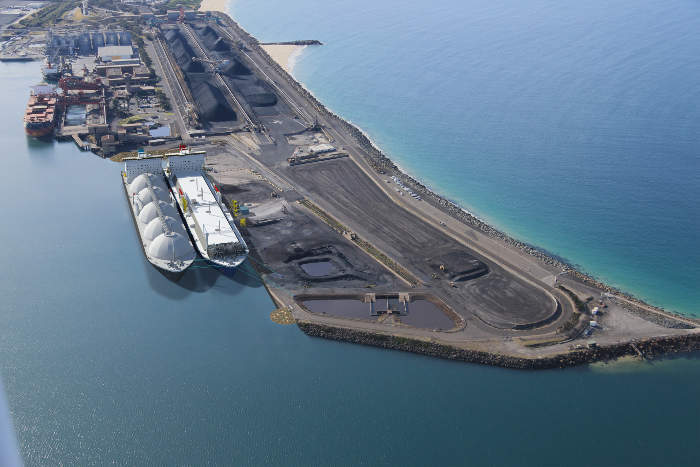 Australian Industrial Energy, which is a consortium of Squadron Energy, Japan’s JERA and Marubeni, plans to commission the LNG terminal in early 2020. It is expected to meet the gas supply requirement in the Australian east coast market.

Under the exclusivity agreement, AIE will have the right to lease one of Höegh LNG’s 300m-long 170,000m3 FSRUs which will be permanently moored at Berth 101 in Port Kembla’s inner harbor

Said to be a critical component of the PKGT, the FSRU vessel will accept cargoes of LNG from LNG carriers, store the LNG and convert it onboard from liquid back to gas. The resulting gas will then be transferred onshore and be piped into the gas transmission network.

The re-gasifying liquefied natural gas will be injected through into a pipeline from the berth to the existing east coast gas transmission network via high pressure loading arms.

“We remain on schedule to deliver gas to our industrial customers during early 2020. Our schedule coincides with the expected significant tightening of the east coast gas supply market, especially for major industrial users.”

“Höegh LNG is uniquely positioned to provide NSW with this critical piece of energy infrastructure. They have the world’s most modern and technologically advanced fleet and a strong commitment to operational excellence. These were crucial determinants in AIE’s final selection decision.”

The LNG import terminal will have the capacity to supply in excess of 100 petajoules (PJ) per annum which is sufficient to meet more than 70% of NSW’s total gas needs.