Significant progress has been made on Hinkley Point C, the UK's flagship nuclear power project slated to be able to power six million homes 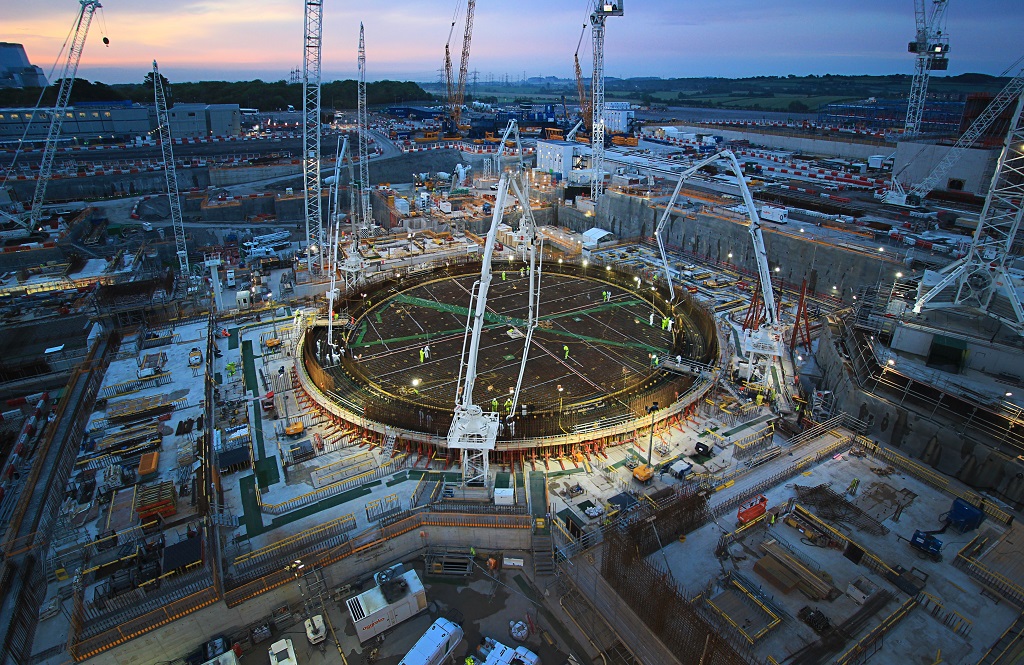 Reinforced with 5,000 tonnes of steel, the concrete base took 240 hours to complete (Credit: EDF Energy)

Major progress has been made on one of the UK’s flagship nuclear power projects with the completion of the “J-zero” reactor’s base at Hinkley Point C.

The milestone means construction of the nuclear buildings above ground can now begin in earnest, while the facility’s operator, French power firm EDF Energy, claims the second reactor will reach the same stage by June next year.

The UK’s minister for nuclear at the Department for Business Energy and Industrial Strategy Andrew Stephenson said: “This is a huge achievement for Hinkley Point C and a major milestone for the UK’s nuclear new-build industry, which, as a low-carbon electricity source, is key to meeting our ambitious target of net zero emissions by 2050.

“The project will not only power nearly six million homes, it will add an enormous boost to the local and national economy, delivering over 25,000 new jobs and securing long-term, well-paid employment – a key step in delivering clean growth as part of our modern Industrial Strategy.”

Final contracts have now also been signed with regard to installing the pipework needed throughout Hinkley Point C.

The joint venture responsible for this side of the project includes UK contractors Balfour Beatty, Cavendish Nuclear, Altrad and Doosan Babcock, along with civil engineering firm Bilfinger.

Almost 4,000 people are now working at the power plant, with nearly half being employed from the local area in Sumerset, in the South West of England.

The project’s managing director Stuart Crooks said: “I am proud of the talent and achievement of our diverse UK workforce, our unions, our international supply chain and the design team in France.

“We are benefitting from direct experience from other EPR projects and a partner in CGN which understands the technology and the project.”

EDF claims Hinkley Point C’s low carbon electricity will play a “vital role” in the UK reaching its net zero emissions target for 2050, a goal that was recently made law by outgoing prime minister Theresa May.

The company also says the construction of Sizewell C and Bradwell B will be significantly cheaper to build and finance, given the lessons it has learned during its current project.

“Its reliable low carbon power will be essential for a future with no unabated coal and gas and a large expansion of renewable power.

“The innovation at Hinkley Point C sets up the opportunity to reduce costs for consumers for a near identical power station at Sizewell C in Suffolk.”