Hillgrove Resources has signed binding agreements to sell the right to develop, own and operate the Pumped Hydro Energy Storage (PHES) project to AGL Energy (AGL) for $31 million. 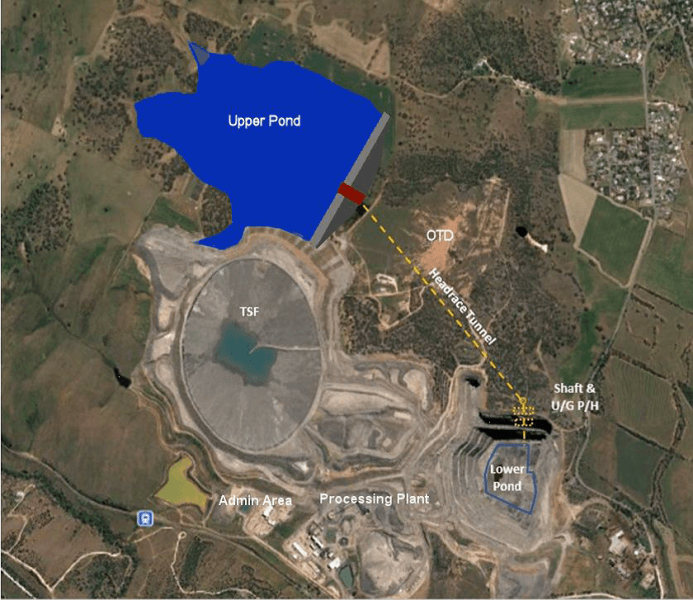 Image: The map provides an indicative illustration of the usage of the site by both Hillgrove and AGL. Photo: Courtesy of Hillgrove Resources Limited.

In 2017, Hillgrove has started investigating the merits of a PHES project at the Kanmantoo site and has completed the competitive process to seek proposals from the private sector to develop, own and operate a PHES project.

For the transaction, AGL would make $31m payment over an estimated period of 18-36 month with staged payments based on the achievement of the PHES project milestones that include $1million on signing of the project agreements, and $4m on the completion of a number of conditions precedent, among others.

Hillgrove, in a statement, said: “AGL can withdraw at any time prior to payment of the final payment milestone, in which case it will not be required to make payments in respect of unsatisfied milestones but will forfeit milestone payments already made to that point in time.”

According to the company, the PHES project has an estimated generating capacity of 250MW and 8 hours of storage, making project the largest storage capacity in South Australia.

AGL will use the Giant Pit as the lower pond for the PHES and the upper pond is expected to be located on land Hillgrove owns under an option agreement with a neighboring landholder.

Hillgrove said that it remains responsible for the environmental and closure liabilities associated with the mining activities at the Kanmantoo copper mine.

The South Australian Minister for Energy and Mining Dan van Holst Pellekaan said: “This is an exciting pumped hydro project which aligns with the Marshall Government’s policy of matching storage capacity with renewable energy resources to deliver cheaper, more reliable and cleaner electricity for South Australian households and businesses.

“I congratulate Hillgrove Resources and AGL for their agreement, and look forward to the project developing in coming months and years.”