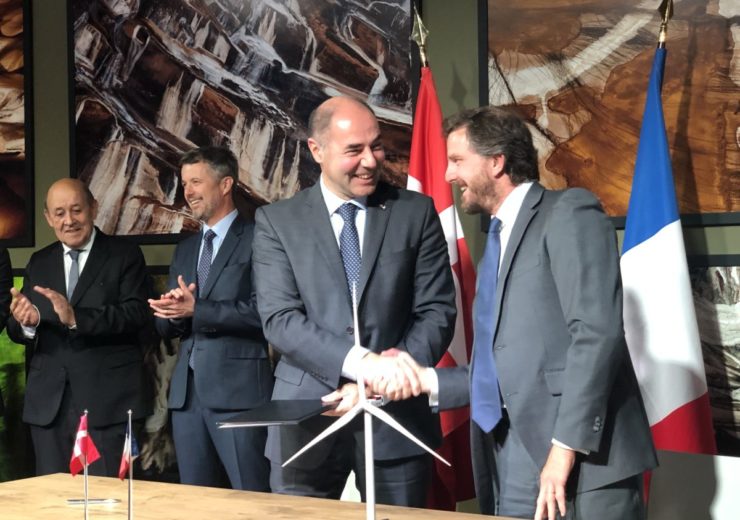 At a royal signing ceremony today in Paris, MHI Vestas Offshore Wind was confirmed as preferred wind turbine supplier for its first wind energy project in France and fourth floating project. On hand to witness the ceremonial signing was HRH the Crown Prince of Denmark and other dignitaries from France and Denmark.

“Installing the 9.5 MW machine for the Groix and Belle-Ile project will build on our experience from WindFloat Atlantic in Portugal and Kincardine in Scotland,” said Philippe Kavafyan, CEO of MHI Vestas. “The oceanic conditions we see in the West of France are representative of 80% of global floating potential, so we look forward to delivering our technology to France and leveraging our experience for future floating wind farm projects.”

Laurent Schneider-Maunoury, CEO of Naval Energies, seized the opportunity to reiterate how important this project is for the company,

“We are especially proud to be contributing to this ground-breaking project via our semi-submersible floating platform, a central component of the technology used. For this pilot farm, we were able to very rapidly upgrade our design to incorporate the MHI Vestas turbines: the most powerful turbines on the floating wind market.”

“We at CGN Group feel honoured to form be a part of a project that not only pushes the frontiers of renewables technology but is also testing the French Government’s capacity to promote renewable energy. CGN Europe Energy will continue to invest in renewable energies and intends to strengthen its position in the MRE sector. The GBI project is of particular importance to the CGN Group and we will be delighted to see it come to fruition.”

With its fourth floating offshore wind project (following WindFloat 1, WindFloat Atlantic, and Kincardine), MHI Vestas looks to deepen its experience in the burgeoning floating sector. The project is slated to be installed off the coast of Brittany in 2022 at a water depth of 55-70 metres.