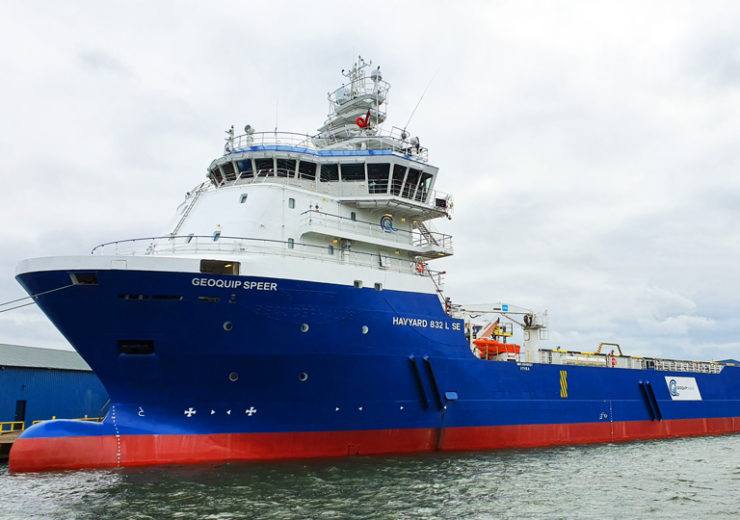 Geoquip Marine, has announced the conclusion of an extensive conversion and upgrade to its most recently acquired multipurpose geotechnical vessel, the Geoquip Speer, making it suitable for international DP operations.

As part of the refit the Speer has had its Moonpool design opened up, enabling it to be fitted with a fully heave-compensated offshore geotechnical drilling rig and deepwater seabed CPT unit, the GMC201.

GMC201 is a 20T seabed unit designed to conduct an array of in-situ tests in either shallow or deep water. It is designed with class-leading capabilities in speed of deployment, providing the fastest possible turnarounds and therefore greatly reduced operating costs.

The seabed system is deployed through the vessel’s moonpool using a dedicated launch and recovery system.

With the refit completed Geoquip Speer joins four other specialised geotechnical vessels on Geoquip Marine’s permanent fleet and has already been contracted for its first assignment, undertaking seabed CPT work for the largest offshore windfarm development in the USA.