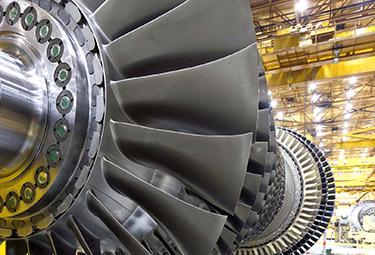 Image: The new study is expected to provide recommendations and analysis to help EVN and NLDC. Photo: Courtesy of General Electric.

The company said that on 5 September 2018, USTDA has granted an award to EVN, for the carrying out the feasibility test to deploy advanced energy storage technologies in Vietnam.

The rise in economic growth has driven electricity demand in Vietnam, with an estimated 8% annual load growth through 2035, which makes the country require an additional 93GW of capacity. The additional power is intended to be sourced from a mix of generation and transmission sources, including renewable resources.

Experts from GE’s Energy Consulting business are expected to perform both economic and technical analyses to determine the viability and options for large scale battery storage deployment on the grid with EVN and their subsidiary, the National Load Dispatch Center (NLDC). The study is targeted to be completed in early 2020.

“As thus, the technical assistance of USTDA to help study on application of energy storage in Vietnam is significant for EVN in coming time in the context of massive integration renewable energy sources to the power system. EVN highly appreciates the valuable cooperation and assistance extended by USTDA to enable the signing of the contract between GE and EVN for the consultancy service.

The new study is expected to provide recommendations and analysis to help EVN and NLDC assess how much battery energy storage or related transmission devices to employ and where on the system to deploy it, along with potential solutions to improve grid performance.

GE energy consulting general manager Beth LaRose said: “We’re excited for the opportunity to support our customer Vietnam Electricity (EVN) on this feasibility study for battery energy storage and other technologies that can help strengthen the country’s grid, and achieve its goals related to renewable energy integration.

“EVN continues to be one of the leaders in Southeast Asia when it comes to preparing for the integration of large amounts of renewable generation into the grid. Our team of industry leading power systems experts looks forward to continuing GE’s strong relationship with EVN and the USTDA.”