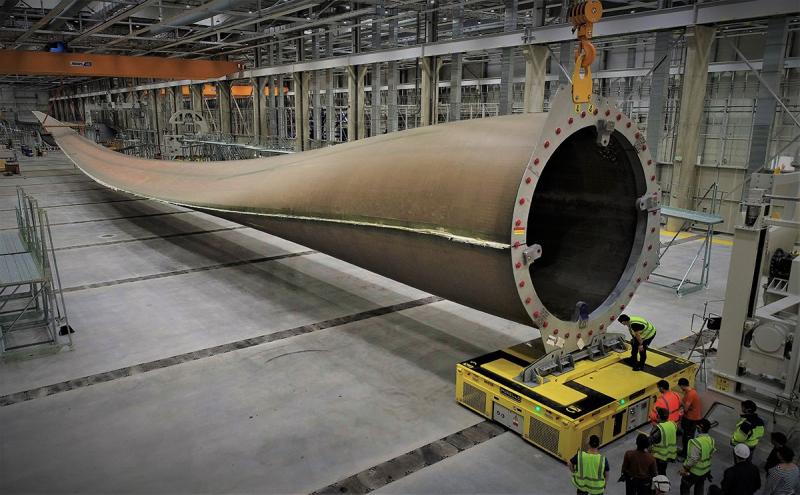 Image: The blades are set to be the world’s largest and are planned to be installed on GE's Haliade-X. Photo: Courtesy of General Electric.

The company has already recruited 60 employees recently and has started intensive training at the factory’s Center of Excellence.

Opened in April 2018, the Cherbourg facility marks the first wind turbine blade manufacturing site in France, and witnessed 120 employees within a year.

GE Renewable Energy site director Erwan Le Floch said: “A significant part of the employees at our site today are from the region of Normandy. We are proud to take part in the region’s social and economic development, and we are happy to create more jobs in the surrounding community this year.”

The new employees are expected to receive a six-week theoretical and practical training course for skilled and technical expertise to improve the quality of products.

The company said that it is primarily looking for production workforce, where the positions are open for all profiles and backgrounds, and every new employee is trained to manufacture wind turbine blades through LM Wind Power’s Center of Excellence training program.

In addition, it is looking for production supervisors, quality controllers, logistic and maintenance technicians, along with apprentices’ positions at the site.

LM 107.0 P project manager Lukasz Cejrowski said: “This project creates enthusiasm as the factory is ramping-up, and we have witnessed a significant combination of efforts as we use the expertise from our facilities worldwide to train the people in Cherbourg.

“The teams are excited to have produced the first blade in the world longer than 100 meters. We are welcoming new people with diverse backgrounds, and at the same time, we are building a new blade of a size we have never achieved before.”

The company has started the prototyping phase in January 2019, where the teams have started working on production of five 107m blades for its Haliade-X 12MW offshore wind turbine.