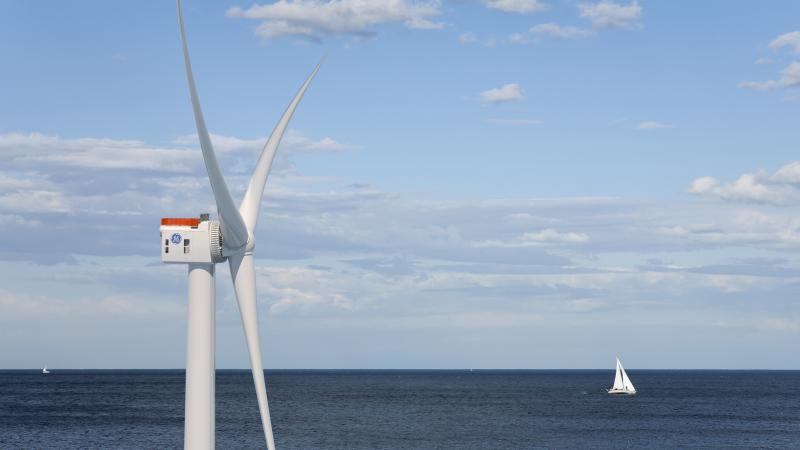 GE Renewable Energy has said that it will be shipping its latest offshore wind turbine platform, the Haliade-X 12MW nacelle and the 107m long blade to the UK, for testing at the Offshore Renewable Energy (ORE) Catapult’s site in Blyth.

The testing will focus on enhancing the Haliade-X platform before entering into serial production in 2021. The Haliade-X nacelle and LM Wind Power’s recently announced 107m blade will be transported from GEs production facilities in Saint-Nazaire and Cherbourg (France) to ORE Catapult’s testing facilities in Blyth in the North East of England in the months to come.

The Haliade-X 12 MW nacelle and the blade are expected to undergo a program which will replicate real-world operational conditions. This will reduce the time needed to validate the performance and reliability of the wind turbine. The wind blade will undergo static and fatigue testing to demonstrate its ability to withstand peak wind conditions and to simulate its readiness for years of operations at sea.

GE Offshore Wind business president and CEO John Lavelle said: “We want to bring the most powerful offshore wind turbine to the world’s largest offshore wind market and contribute with our technology to support the UK’s Offshore Wind Sector Deal goal (30 GW by 2030), and UK Government’s ambition to work for greenhouse emission reduction to ‘net-zero’ by 2050.

“The extensive experience across the UK offshore wind industry provides us with the opportunity to partner with various institutions, such as ORE Catapult, that allow us to test our technology while fostering competitiveness and partner with local supply chain players that want to innovate with us and be part of the UK’s offshore wind momentum.”

As part of the testing programme, GE will be investing nearly £15m in testing and Research & Development activities in the UK. Besides, the nacelle and blade testing, GE and ORE Catapult will also work on the ‘Stay Ashore!’ programme, which aims to reduce the time people spend at sea, increasing safety, while developing technology in robotics, digital and remote operations.

GE said that its Haliade-X 12MW platform will contribute significantly in reducing the cost of offshore wind energy. A single turbine can generate about 67GWh of clean electricity per year, which will be enough to power 16,000 European households, while saving 42 million metric tons of CO2 emissions.