To be powered by three GE 9HA.01 gas turbines, the Hamriyah project is expected to be the most efficient power plant in the Middle East’s utilities sector 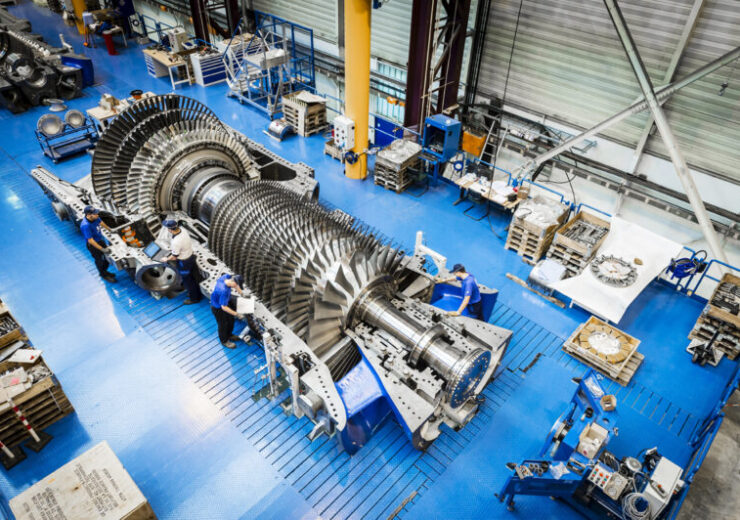 The United Arab Emirates’ (UAE’s) first two GE HA gas turbines have been delivered, and are currently undergoing installation and commissioning works at the 1.8 gigawatts (GW) Hamriyah Independent Power Plant. The project is expected to be the most efficient power plant in the Middle East’s utilities sector, contributing towards UAE Energy Strategy’s goal of reducing the carbon footprint of power generation. GE is supplying a total of three 9HA.01 units and other power generation technologies for the facility. It will also provide parts, repairs and maintenance services for power generation assets at the site for a period of approximately 25 years.

Al Suwaidi, Chairman of SEWA said, “Hamriyah project fulfills the vision of His Highness Sheikh Dr. Sultan Bin Mohammed Al-Qassimi, Member of Supreme Council and Ruler of Sharjah, to meet the emirate of Sharjah’s electricity demand and SEWA 2030 Roadmap to boost the installed capacity to 4,600 megawatts. The delivery of GE’s H-class gas turbines at the Hamriyah Power Plant marks a significant milestone for the region’s utility sector. It brings us one step closer to delivering on our commitment to provide on demand, affordable power to meet the needs of Sharjah and to reduce the environmental impact of power generation activities in the emirate.”

“GE’s H-class turbines deliver flexible, efficient and reliable power to millions of people around the world,” said Joseph Anis, President and CEO of GE Gas Power, Europe, Middle East and Africa. “We are delighted to bring this record-setting technology to Sharjah to provide more efficient electricity, powering growth for communities across the emirate, and supporting the decarbonization goals outlined under the UAE Energy Strategy.”

GE’s HA technology is the fastest growing fleet of heavy-duty gas turbines globally and has already set two world records for efficiency, one each in the 60 hertz and 50 hertz segments of the power market. Higher efficiency levels mean that less fuel needs to be consumed and that there are fewer emissions per megawatt of electricity generated. In fact, using three GE 9HA.01 units in combined cycle operations can help SEWA reduce carbon dioxide emissions by up to 4 million tons per year, compared to current levels. This is the equivalent of taking 1 million cars off the UAE’s roads.

A team of over 1,300 people has been mobilized for the project. In addition to the two HA units, GE Gas Power has also already delivered several other pieces of key equipment at the site, including two steam turbines, two gas turbine generators, two steam turbine generators, two Heat Recovery Steam Generators (HRSG), two condensers, power island e-rooms and step-up transformers. Almost all the civil works, up to 85 percent of the procurement, and up to 60 percent of construction and commissioning works at the Hamriyah project, are now complete.

GE has supported the development of the energy sector in the Gulf Cooperation Council (GCC) for over 80 years. Today, GE-built power generation technologies are installed in up to 350 sites across the region, generating up to half of the GCC’s power.