GE Power has won equipment and services deals worth more than $60m for a period of 12 years for the 330MW Thar Energy (TEL) Power Plant in Pakistan. 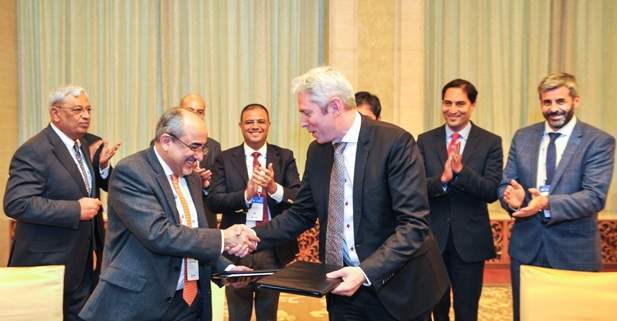 The power plant will use Pakistani lignite coal from the Thar Block II mine. It will supply power to the national grid under a 30-year power purchase agreement (PPA).

The TEL power plant is expected to begin commercial operations in March 2021, and will provide electricity to 600,000 Pakistani households.

TEL is part of the 1,320MW (4x330MW) Thar Block II integrated-mining and power plant plan, which is included in the China Pakistan Economic Corridor (CPEC) program.

HUBCO CEO Khalid Mansoor said: “We are committed to supporting Pakistan in achieving power self-sufficiency and our focus on using our country’s own resources is testament to this.

“In driving the TEL project, we are using proven world-class technology by GE, which has demonstrated its long-term efficiency and reliability using similar fuels internationally.

“The inclusion of a multi-year services agreement furthers GE and Hubco’s cooperation, and not only marks a new milestone in our long-lasting relationship but also in Pakistan’s ambitions for a secure energy future.”

Under the 12-year agreement, GE will provide critical services for improved operations of the boiler and steam turbine generator.

GE and Hub Power Services (HPSL), a wholly owned subsidiary of Hubco, have also signed an Operations & Maintenance (O&M) Collaboration Agreement under which the two companies will explore opportunities to jointly provide O&M services to coal-fired power plants in Pakistan and the Middle East and North Africa region.