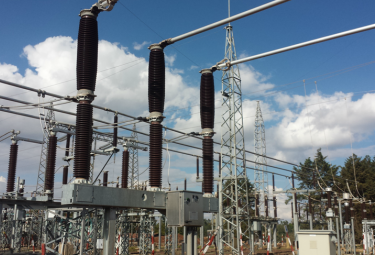 The electricity transmission system project, which saw an investment of $40m, will help in improving access to power by transporting bulk electricity to the southern and south-western parts of the African country.

GE said that the new HV substations it had supplied as part of the improvement turnkey project will also help in bringing down technical losses in the transmission system in the medium term.

Ethiopian Electric Power project manager Wudineh Yemane said: “This project will support overall electrification plans of Ethiopia, provide sustainable power and allow the transmission of reliable power from the interconnected system to demand centers across the country and in the region.

“It will facilitate the implementation of the Universal Electrification Access program as well as Government’s ambition to export energy to Sudan.”

According to GE, more than 70% of people in Ethiopia lack access to electricity in spite of the grid covering nearly 60% of the towns in the African nation.

Angbazo added: “This project will significantly reduce high transmission losses while improving system efficiency, stability and reliability. GE has always been a committed partner to Ethiopian Electric Power (EEP), and we are honored to be able to deliver the largest number of substations to EEP on a turnkey basis with this project.”

Earlier this month, the GE business revealed that it had won a contract from Botswana Power Corporation (BPC) for a SCADA/Energy Management system. The software technology from GE will installed at BPC’s principal grid control centers in Gaborone and at its back-up control center in Francistown.