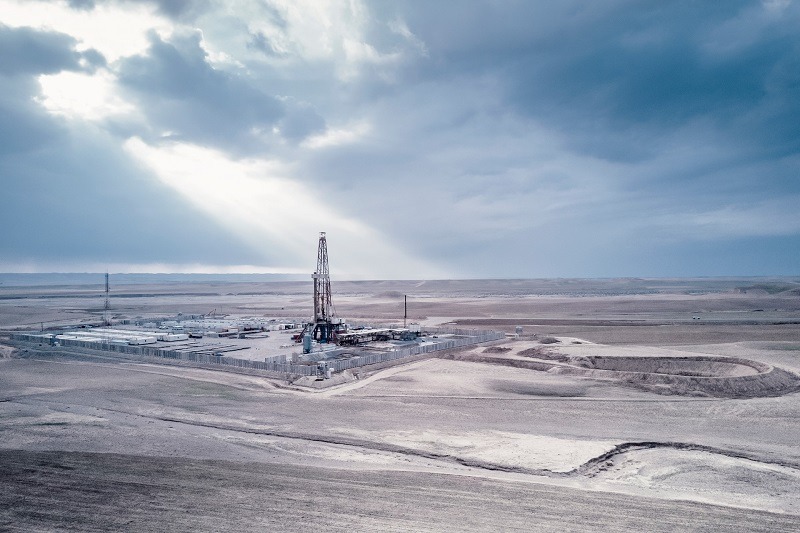 Image: The Sarqala oil field in Iraq was brought into production in 2011. Photo: courtesy of Gazprom Neft PJSC.

Gazprom Neft expects to produce an estimated 12,000 barrels per day through the newly commissioned well of the Sarqala oil field.

With the commissioning of the Sarqala-3 well, production from the onshore Iraqi oil field has gone up by 25% to 35,000 barrels per day.

According to the Russian oil producer, the Sarqala-3 well runs to a total depth of 3,291m. The company said that drilling of the production well was carried out under the challenging geological conditions of the oil field that included anomalously high pressure and reservoir temperature, which made it use a selection of 11 technological solutions.

Gazprom Neft said that construction of the Sarqala-3 well saw the use of large-diameter casing pipes with ultra-strong thread connections, cement incorporating mineral-based and iron-oxide additives, and weighted drilling mud for bottom-hole flushing.

Gazprom Neft first deputy CEO Vadim Yakovlev said: “The Middle East remains an area of strategic interest to Gazprom Neft, being a region with a rich resource base, and a demonstrable willingness to allow access to investors. Experience in implementing projects from scratch — both in exploration and production — is important to us.

“We are continuing to evaluate opportunities for the further development of our business in the Middle East — independently and in partnership with other companies — both using the synergies offered by existing project infrastructure, as well as at other assets.”

The second production well at the Sarqala oil field – Sarqala-2 was commissioned in April 2018. First oil from the Garmian block was drawn in 2011 through the Sarqala-1 well, and in 2015, Gazprom Neft started commercial crude shipments from the oil field.

Prior to the commissioning of the Sarqala-3 well, Gazprom Neft wrapped up expansion of infrastructure at the Sarqala oil field, which included completion of a high- and low-pressure separation processing line, two 17,000-barrel-capacity reservoirs, and the reconstruction of the oil-tanker loading system.

The Russian oil producer is the operator of the Garmian block with a stake of 40%. The KRI government holds a stake of 20% while Canada-based WesternZagros holds the remaining stake of 40% in the Iraqi block.