By Kondapuram Sampangi Archana Rani  21 May 2019

The two new fields, namely the Dinkov and Nyarmeyskoye, are located in the Kara Sea near the Yamal Peninsula 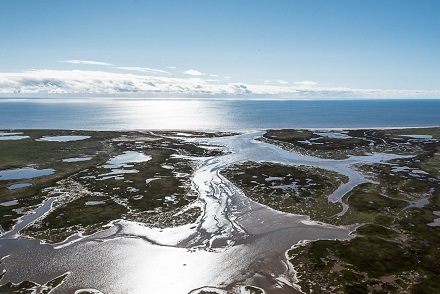 The fields, namely the Dinkov and Nyarmeyskoye, are located in the Kara Sea near the Yamal Peninsula in the Yamalo-Nenets Autonomous Okrug of northwest Siberia, Russia.

Located within the Rusanovsky licensed block in the Kara Sea, the Dinkov field is unique in terms of gas reserves. Its recoverable reserves in the С1+С2 categories total 390.7 billion cubic meters (bcm).

The Nyarmeyskoye field, which is located in the Nyarmeysky licensed block in the Kara Sea, is claimed to be the large field in the С1+С2 categories with recoverable amount of 120.8 bcm.

The two new fields are located in Kara Sea

Following securing the subsurface use licenses for the Rusanovsky and Nyarmeysky licensed blocks, Gazprom has conducted 3D seismic surveys covering 5,790k2 within these blocks, with two prospecting wells drilled in 2018.

Additionally, the firm has subsurface use licenses for the Leningradskoye and Rusanovskoye fields on the Kara Sea shelf.

In March 2019, Gazprom said it has commenced the full-scale development of the Kharasaveyskoye gas and condensate field in the Yamal Peninsula, Russia.

The development marks a significant move as the Kharasaveyskoye field is the second most important field in Gazprom’s Yamal gas production centre.

Located north of the company’s Bovanenkovskoye field, a portion of the predominantly onshore Kharasaveyskoye field extends into the Kara Sea.

Gazprom plans to start gas production at the Kharasaveyskoye field in 2023. With gas reserves of 2Tcm, the field is expected to have peak production of 32 bcm a year from the Cenomanian-Aptian deposits.

The Russian firm is also planning to build a 106km gas pipeline to transport the gas produced at the field. The proposed pipeline will connect the Kharasaveyskoye and Bovanenkovskoye fields and feed the gas into Russia’s Unified Gas Supply System.