Galantas reports gold processing to increase at Omagh Mine

Galantas Gold has reported that an expansion of gold milling operations underway at the Omagh, Northern Ireland processing plant. 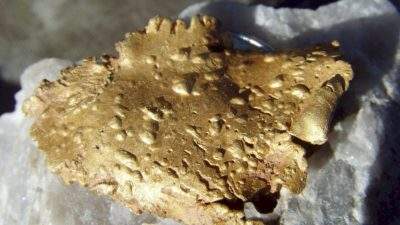 The plant, which produces a gold & silver concentrate using a non-toxic, froth-flotation process, is running on a batch basis from a stockpile of underground vein material plus additional feed produced from on-vein development operations. Milling operations are expected to continue on an extended dayshift basis for the remainder of the quarter.

Current expectations are that the private placing in December 2018 provided sufficient financial resources to bring operations to a monthly cash positive position before the end of 2019.

Target production is 2,000 to 2,500 troy ounces of gold in concentrate per month, planned to be achieved in 2020 /2021. This is in line with the production rates outlined in the Galantas Technical Report, July 2014. The Company considers that further expansion may be possible, targeting 50,000 ounces of gold per year. Any expansion will be dependent on and driven by the definition of additional resources, for which hard targets are already well identified, and funded by part of profits generated from production.

On-vein development on the 1084 (second) level continues with 32 metres of vein drive completed. The main decline development tunnel has reached the 1072 (third) level and a 58 metre cross-cut to intersect the Kearney vein is in progress. The main decline tunnel is now 423 metres in length and the total of all underground drivages exceeds 1136 metres. The decline and mine development have been designed for long term, large scale production. i.e. not only along strike and at depth on Kearney Vein, but from the other parallel veins, such as Joshua Vein. For most of the rest of the year, the increased quantities of processing feed will be sourced from multiple on-vein development headings. Mining between levels (stoping) is expected by or before early 2020.

Ground conditions have notably improved as the mine continues towards deeper levels, a feature ascribed to changes in rock stress conditions influenced, at higher levels, by the open pit excavation. The mine employs a robust ground control procedure using rockbolts, mesh and / or shotcrete to engineered designs. A high safety standard is maintained. Currently, 11 (or more) tunnel faces are routinely drilled, blasted, excavated and supported per week, with zero lost time accidents since the start of underground working.

The company will be presenting at the UK Investor Show, QEII Centre, Westminster, London on 30th March 2019.

Roland Phelps, President & CEO, Galantas Gold Corporation, said, “This is an exciting time for Galantas. We have been able to put around half of the December 2018 placing funds to work and the benefits of that are now starting to accrue. We continue to invest in safety and productivity improvements, with the goal of becoming Ireland’s premier, ecologically-secure, gold producer. The works have been achieved for costs generally in-line with those anticipated, which is a testament to the professionalism and dedication of the Omagh team.”

Galantas Gold Corporation accounts for the December 2018 quarter and the year are expected to be published by the end of April 2019.