Lindero is designed as an owner operated open pit mine with an estimated production of approximately 18,750 tonnes per day 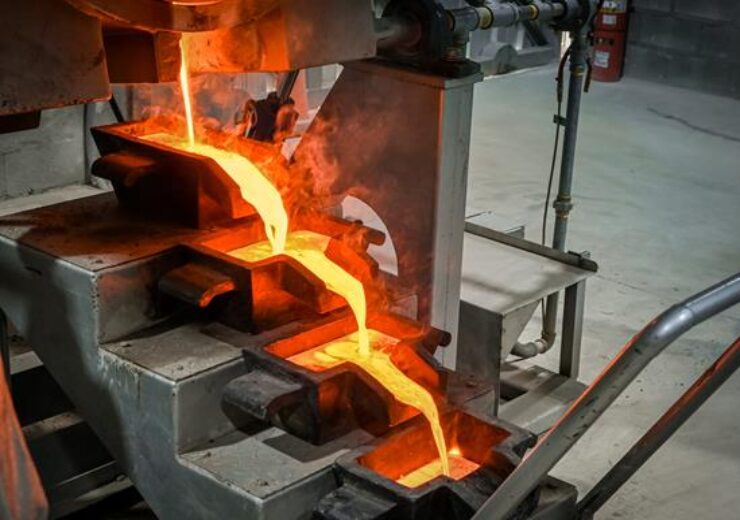 Canadian mining company Fortuna Silver Mines has announced the first gold pour from its Lindero Mine in Argentina.

Located in the Province of Salta, Argentina, Lindero is designed as an owner operated open pit mine with a production of approximately 18,750 tonnes per day.

Depending on the existing mineral reserves, the mine is estimated to have a pit life of 13 years.

Fortuna has reported that the mine, which is 100% owned by it, has produced approximately 728 ounces of gold. The company is now advancing the ramp up phase of the mine.

Construction on the project was launched in September 2017.

In May, the company reiterated a capital expenditure forecast of between $314 to $320m for the Lindero project construction.

Fortuna Silver Mines president, CEO and director Jorge A. Ganoza said: “The first gold pour at Lindero, our third mine in the Americas, is a significant achievement for the Company as we advance the mine’s ramp-up phase towards commercial production in the first quarter of 2021.

“Lindero is a mine with reserves for a projected life of thirteen years and is a pillar in Fortuna’s asset portfolio.

“I want to take this opportunity to commend our Salta based team’s commitment and hard work in achieving this milestone, especially in the context where COVID-19 related restrictions continue to pose multiple limitations.

“If conditions permit, we look forward to hosting an on-site inauguration ceremony of Argentina’s newest gold mine with provincial and federal authorities early next year.”

In March this year, the company has announced temporary suspension of construction activities at the Lindero project in Argentina due to coronavirus (Covid-19) pandemic.