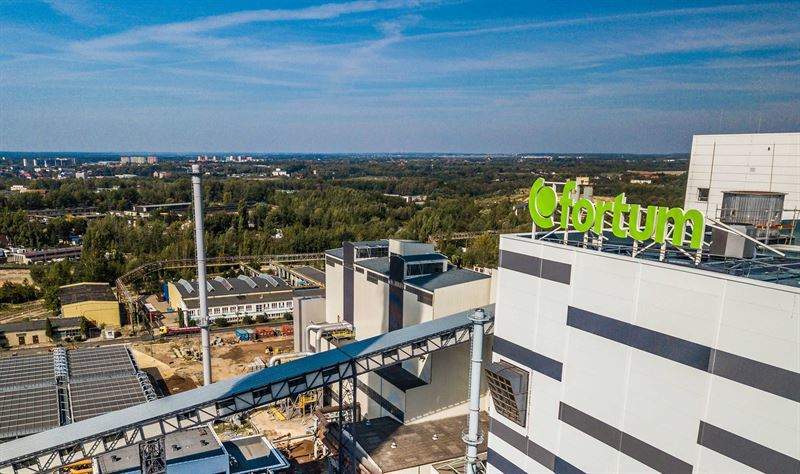 The Zabrze CHP plant, which has been built with an investment of around € 200m, will supply district heating to nearly 70,000 households in the cities of Zabrze and Bytom in southeastern Poland.

Fortum president and CEO Pekka Lundmark said: “Zabrze CHP is Fortum’s biggest investment in Poland and an excellent example of how we drive the change for a cleaner world.”

Overall, the new Polish CHP Plant is estimated to have an annual production of close to 730GWh of electricity and 550GWh of heat.

The Zabrze CHP plant will be initially fuelled by refuse-derived fuel (RDF) and coal, and has also been designed to be operated on a mixture of the two fuels and biomass.

According to Fortum, the amount of RDF used for fueling the Polish CHP Plant can be up to 50% of the total fuel usage.

The Finnish energy company said that by leveraging on locally procured waste for RDF, the Zabrze CHP plant will simultaneously play its part in waste management in the region.

The company, in a statement, said: “Fortum’s new combined heat and power plant contributes to the ongoing transformation of the Polish energy market and consolidates Fortum’s position in the country’s energy sector. At the same time, it implements Fortum’s strategic priority of sustainable solutions for cities.”

The design, supply, construction and commissioning of the multi-fuel circulating fluidized-bed (CFB) steam generating Zabrze CHP plant was undertaken by Amec Foster Wheeler under a contract awarded by Fortum Zabrze in July 2015.

As per its contract, Amec Foster had built a multi-fuel boiler for the Polish CHP Plant.