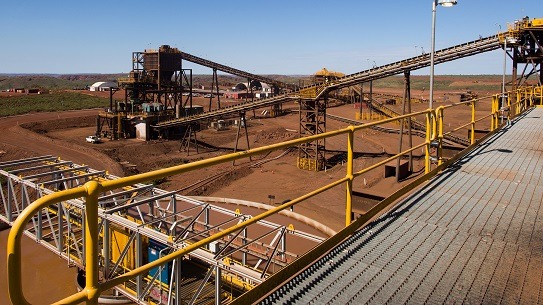 Located 145km south of Port Hedland, in the Pilbara region of Western Australia, the project is expected to deliver a product with 67% iron content.

“The Project is well progressed and ready for detailed design and execution with the majority of key approvals already in place.

“The innovative design, including the use of a dry crushing and grinding circuit, will deliver an industry-leading energy efficient operation with globally competitive capital intensity and operating costs.”

The project, which is owned through an unincorporated JV between FMG Iron Bridge and Formosa, is expected to increase Fortescue’s average product grade when combined with the Eliwana development.

The second development stage follows an investment of $500m into the first stage of development, which involved the construction of large scale pilot and demonstration plants at the project.

Scheduled to be commissioned in 2022, the project is expected to have production capacity of 22 million wet metric tons per annum.

The project is expected to create jobs for about 3,000 people during construction phase and 900 full-time positions once operations start.

Gaines added: “The Project will underpin the future significant contribution of magnetite processing to the Australian economy through construction and jobs, together with tax and royalty payments.”