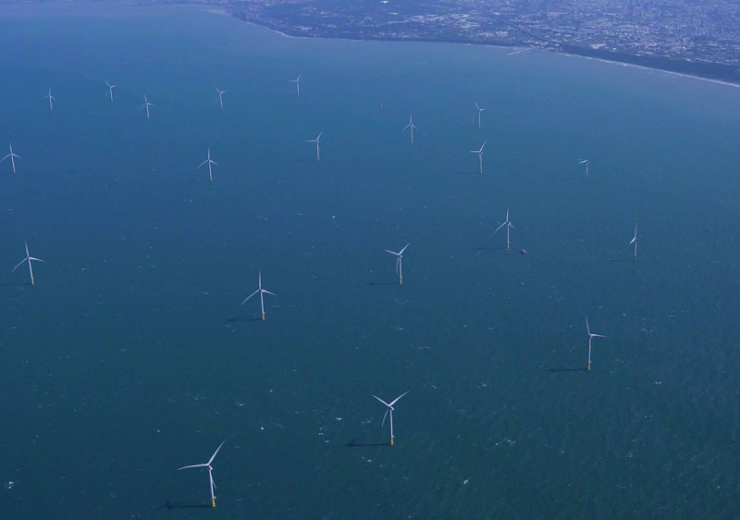 Taiwan took its first steps into commercial offshore wind power today with the launch of the Formosa 1 project off the coast of its Miaoli County.

The joint venture led by Danish wind power giant Orsted and Japanese energy firm JERA is being built in two phases, the first of which was commissioned in 2017 before completion of the second phase in October.

The 18.7bn New Taiwan dollar ($614m) project is the first to be constructed by Orsted in the Asia Pacific region, and has a total power generation capacity of 128 megawatts (MW) – enough to supply 128,000 Taiwanese households.

“We’re proud to inaugurate the very first commercial-scale offshore wind farm in Taiwan and the Asia Pacific region – and glad that we can contribute to Taiwan’s energy transition, which is also a significant step in realising our own vision to create a world that runs entirely on green energy.”

Formosa 1 is the first offshore wind project in Taiwan

The Formosa 1 project comprised two 4MW wind turbines as part of its initial phase, which have been supplemented by a further 20 6MW turbines.

It is Orsted’s first development of wind power in Taiwan and the wider Asia Pacific, and the company hopes it will serve as a springboard to further activity in the region.

A 900MW offshore project near Taiwan’s Changhua County is currently under construction, and expected to be commissioned in 2022 – and there is potential for the Greater Changhua wind farm to be extended to an additional 920MW capacity by 2025.

Orsted Asia Pacific president and Formosa 1 chairman Matthias Bausenwein added: “Today is a historic moment for all who participated in the Formosa 1 project – all the intensive efforts invested together with our joint venture partners, local authorities, financial institutions and stakeholders have flourished.

“Formosa 1 marks the first milestone for Orsted’s expansion in Asia-Pacific. With this successful first step, we’re confident that we will continue to lead the growth of offshore wind in Asia.”

A bigger-scale Formosa 2 project, located further off the Miaoli Country coastline with a planned capacity of 376MW, is in the pipeline and scheduled for commercial operations by 2021 – although Orsted will not be a participant and JERA will lead the joint venture.

Offshore wind is expected to undergo significant growth over the coming decades as part of the transition to a lower-carbon global energy mix.

A recent International Energy Agency (IEA) report suggested the industry could expand 15-fold by 2040 and leap to a $1tn valuation, as technology develops and policymakers worldwide hasten their efforts to boost renewable energy capacity amid growing concerns over climate change.

Strong offshore winds and a shallow coastline make it an attractive location for the development of wind energy, as the government targets 20% renewables in its energy mix by 2025 – which will include 5.5 gigawatts of additional wind power capacity.

If plans to develop the sector materialise, GlobalData analyst Harminder Singh expects Taiwan could be among the top 10 countries in terms of offshore wind capacity by 2030.