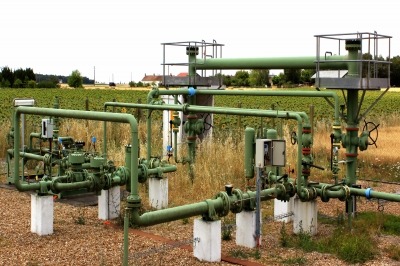 San Mateo II will offer natural gas gathering and processing, crude oil gathering, and produced water gathering and disposal solutions to exploration and production companies in the onshore US basin. Five Point will hold 49% in the JV while Matador will own the remaining 51% stake.

As per the plans, San Mateo II will construct a cryogenic natural gas processing plant with an inlet capacity of up to 200 million cubic feet per day.

The new gas processing plant will be built in Eddy County, New Mexico near the parties’ first JV – San Mateo I’s existing Black River Processing Plant, which has a capacity of 260 million cubic feet per day.

The partners expect the new gas processing plant to enter into operations in mid-2020.

After the completion of the initial facilities, San Mateo II is likely to boost its water disposal capacity to up to 80,000 barrels per day. The joint venture will also construct associated crude oil, natural gas and produced water gathering infrastructure in the Stateline Area and the Greater Stebbins Area.

Another midstream project to be taken up is a large-diameter natural gas trunkline through the core of the Northern Delaware Basin that will connect the Stateline Area, Greater Stebbins Area, and the new cryogenic natural gas processing plant.

Five Point CEO and managing partner David Capobianco said: “The Delaware remains one of the most promising producing basins in North America, yet it lacks sufficient permanent ‘in-basin’ midstream infrastructure.

The first JV between Five Point and Matador, named as San Mateo Midstream, was formed in February 2017 to operate and expand midstream assets in the Delaware Basin.

“San Mateo’s ability to offer midstream services across all three production streams—crude oil, natural gas and water—makes it one of the important midstream companies in the Northern Delaware Basin.”