The 110MW project near Ceres, in the Witzenberg Municipality, has completed its Grid Code Tests 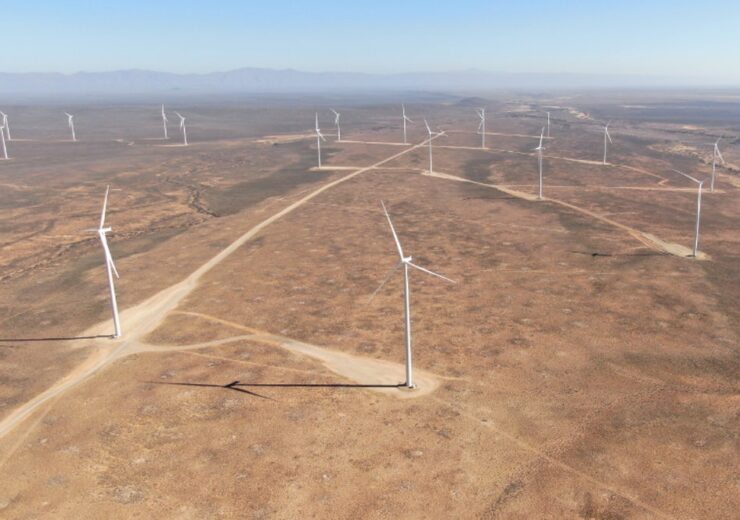 Some of the 48 wind turbines that will soon be feeding power to the national grid. (Credit: Mainstream Renewable Power.)

After just over two years of construction work, the 110MW project near Ceres, in the Witzenberg Municipality, last week completed its Grid Code Tests, demonstrating that its 48 turbines meet the performance requirements to safely and securely feed the national energy system.

Construction Project Manager Glenn Hobson explained that once the results have been officially accepted, Perdekraal East can receive its licence to generate electricity.

He said: “During the grid code testing period, the project team verifies the response of the wind farm in accordance with the latest grid code, considering the local wind and grid conditions, which ultimately demonstrates compliance.

“We are pleased to be heading into the last phase of this wind farm’s construction and can already visualise the Commercial Operations Date, which we expect to achieve in the next two to four weeks.”

The timetable represents a significant achievement after Covid site restrictions left construction in lockdown for 50 days earlier this year.

Perdekraal East’s local content, with almost 50% of its components made in South Africa, and the prospect of it generating 368,800 MWh of clean power a year, was lauded by the Western Cape’s Minister of Finance and Economic Opportunities during a recent site visit.

Provincial Minister David Maynier held up the Round 4 project as an example of how the transition to renewable energy is driving green industrialisation and job creation in the Western Cape, particularly in its Green Tech-focused Atlantis Special Economic Zone.

And he later welcomed the move by Energy Minister Gwede Mantashe to approve additional generation capacity for the country.

He said: “This is the next step in opening up the REIPPPP bid window 5 that would allow for further green and low carbon electricity supply opportunities such as the Perdekraal East Wind Farm in the Western Cape.

“The Perdekraal East Wind Farm is a great example of how private sector investment in renewable energy infrastructure can not only help to mitigate the medium-term impacts of load shedding but can also create jobs and grow the economy in the Western Cape.

“We will continue to do everything we can to support businesses to participate in the growing green energy sector and to become more energy resilient in the Western Cape.”

The 110MW Perdekraal East Wind Farm has been developed, is being constructed and will be operated by Mainstream for our Africa joint venture, Lekela Power.