FAR and its partners that drilling have started drilling on the Samo-1 exploration well in block A2, offshore The Gambia. 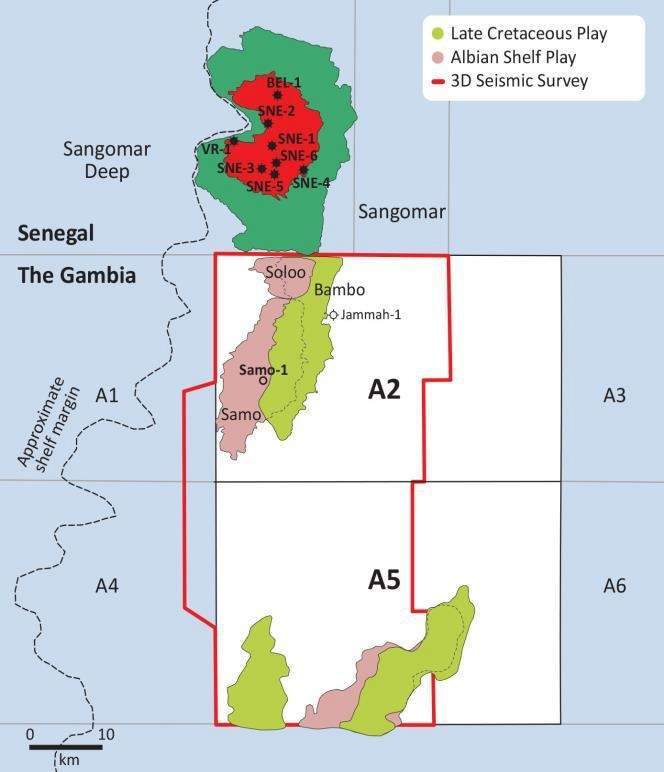 Image: Location of the Samo Prospect and Samo-1 well location with respect to the SNE oil field. Photo: courtesy of FAR Limited.

The Stena Drillmax arrived on site on Sunday, 21 October and after standard pre-drill operations, the well was successfully spudded.

The Samo-1 well will be drilled in 1,000 metres of water depth to a planned depth of approximately 3,100 metres.

The Samo Prospect has two key reservoir intervals and is assessed to contain a combined Prospective Resource of 825mmbbls of oil.

Drilling will be followed by wireline logging. Good quality reservoirs have been interpreted from 3D seismic data at both levels at the proposed Samo-1 well location and the well is being drilled near the crest of the structure (as shown in Figure 1).

FAR’s managing director Cath Norman said: “This is a very exciting time for FAR as we embark on our first exploration drilling program since the 11 successful wells drilled in neighboring Senegal. The Samo-1 well is the first well to be drilled offshore The Gambia for 40 years and because of this, it is attracting wide international attention.

“I am grateful for the hard work of the operational team in preparing for the Samo-1 well and the strong co-operation of our co-venture partner PETRONAS and the Government of the Gambia.

“We join our stakeholders in looking forward to safe and efficient operations. As is standard in offshore exploration drilling, FAR will be running a tight hole operation – we look forward to making updates as we reach important milestones.”