ExxonMobil, along with the industry partners Plains All American Pipeline, and Lotus Midstream, has formed a joint venture for the Wink to Webster Pipeline. 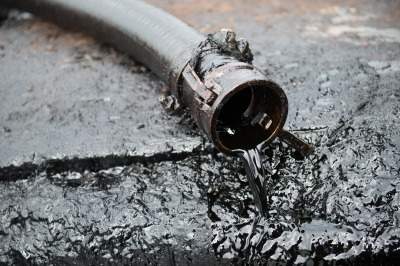 Image: The new common-carrier pipeline system is expected to provide crude oil and condensate capacity of more than 1 million barrels per day. Photo: Courtesy of anankkml/FreeDigitalPhotos.net.

The JV partners have ordered approximately 1046Kms of domestically sourced 36-inch-diameter line pipe for the project.

The new common-carrier pipeline system is expected to provide crude oil and condensate capacity of more than 1 million barrels per day and is expected to be constructed from the Permian Basin in West Texas to the Texas Gulf Coast.

With origin points at Wink and Midland, Wink to Webster Texas-based pipeline system reaches multiple locations near Houston, including Webster and Baytown, with connectivity to Texas City and Beaumont.

The project is underpinned by a significant volume of long-term commitments and is targeted to start operations by the first half of 2021.

The JV said that existing pipeline corridors and advanced construction techniques are utilized to limit the community and environmental impacts.

Furthermore, The Wink to Webster Pipeline is expected to provide safe, reliable and cost-effective transport for ExxonMobil and other Permian producers to market destinations in Texas.

To support the project, a new operational storage capacity is constructed at the origin points to facilitate the segregation of multiple crude qualities before shipment.

Recently, ExxonMobil has broken ground on a new unit at its Beaumont Refinery in Texas, US that will boost its crude refining capacity by more than 65%.

The company said that the operations at new refining unit is expected to be started by 2022, and is supported by the increased crude oil production in the Permian Basin.

The new unit is expected to expand light crude oil refining and overall increase of the refinery’s capacity by 250,000 barrels per day.

The Beaumont Refinery is capable of processing 366,000 barrels of crude oil per day and producing 2.8 billion gallons of gasoline annually.