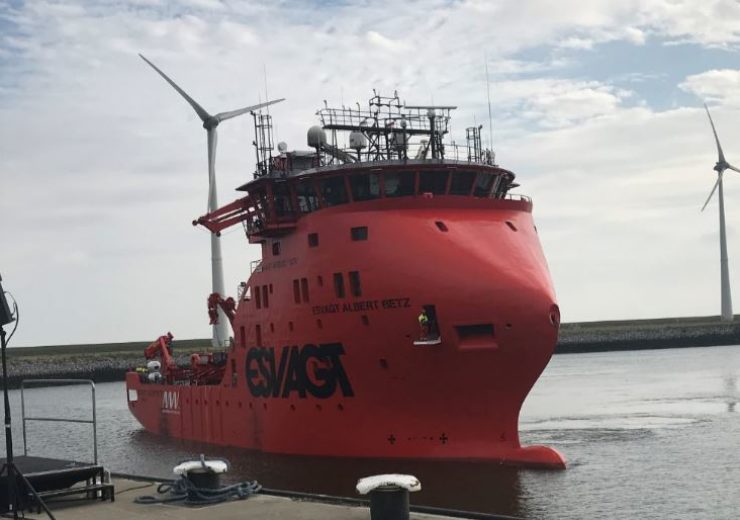 MHI Vestas intends to use the vessel to service the Deutsche Bucht offshore wind farm over the next 15 years.

“In the design of the vessel, we have drawn both on ESVAGT’s expertise with SOVs and on know-how from working in offshore wind farms. We have optimised the design to ensure that the vessel is tailored and adapted specifically to the tasks that await.”

The Esvagt Albert Betz SOV is a Havyard 831 design similar to Esvagt Mercator, which is presently servicing Nobelwind and Belwind 1 for MHI Vestas. The new vessel is claimed to stand out with a series of details and functions specifically built for servicing the Deutsche Bucht wind farm.

With a length of 58m, the new vessel is claimed to be a relatively compact SOV. According to the company, a substantial focus has been put on optimising available space, but also to integrate innovative solutions which increase efficiency and work environment.

“Building on our shared experience, we’ve developed a state-of-the-art ship that will facilitate safe and effective service operations for the next 15 years at Deutsche Bucht.”

Last September, MHI Vestas and Esvagt entered into contracts for the delivery for two additional SOVs for offshore wind farms Borssele III-IV (Netherlands) and Triton Knoll (UK). Both vessels will be delivered next year and one more contract was signed earlier this year.

In 2021, Esvagt will also deliver another SOV for MHI Vestas, to be used at Moray East offshore wind farm in the UK.