Spread over the Norwegian-UK maritime border, the Utgard field has been developed with a total investment of £310m through a subsea tieback to the Sleipner field 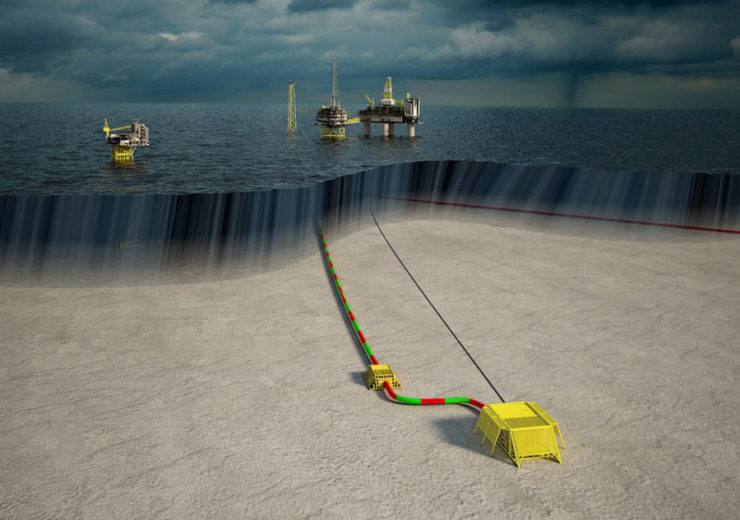 Equinor and its partners have started production from the Utgard field — located along the UK-Norway median line, in the North Sea — several months ahead of schedule.

Originally slated to be brought on stream by the end of 2019, the Norwegian Petroleum Directorate (NPD) gave its consent to the partners to begin production from the offshore field last month.

The gas and condensate field has been developed with an investment of 2.6bn Norwegian krone (£230m), which is 25% below the estimate of NOK3.5bn (£310m) given to the Norwegian authorities in 2016.

Utgard gas and condensate field was discovered in 1982. In 2016, Equinor bought the UK portion of the discovery in order to complete the field development.

The subsea template has been installed on the Norwegian part of the border, with one well on each side of the UK-Norway median line.

Equinor UK and Ireland offshore senior vice president Arne Gürtner said: “Through Utgard, we are maximising economic recovery from the North Sea, and unlocking high-value, low-carbon intensity barrels in line with our strategy. We will continue to seek cross-border opportunities to add value on both sides of the border.”

According to Equinor, the recoverable resources from Utgard are estimated at nearly 40 million barrels of oil equivalent (boe), while daily production on plateau is expected to be about 43,000boe.

Equinor and its partners will remotely operate the Utgard field from the Sleipner field. At the Sleipner platform, the well stream from Utgard will be processed before dry gas is sent out to the market via the Gassled pipeline system, while liquids are transported through an existing pipeline to Kårstø where they will be exported to Europe.

The Utgard field will also use the CO2 purification and storage facility at Sleipner.

Stakeholders of the Utgard field

Equinor has been operating Utgard with a total of 76.44% stake held by it and its UK subsidiary. The Norwegian oil and gas major is partnered by Lotos Exploration and Production Norge (17.36%) and KUFPEC Norway (6.20%) in the offshore gas and condensate field.