Equinor and its partners have commissioned a new gas module on the Troll B platform in a move to ramp up the oil production and processing capacity on the Troll field offshore Norway. 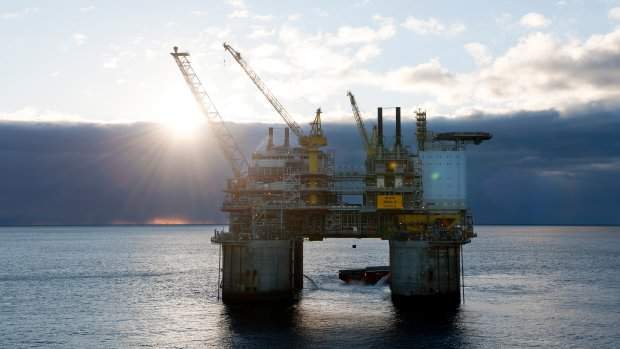 Image: The Troll B platform in the North Sea. Photo courtesy of Øyvind Hagen/Equinor ASA.

The Norwegian oil and gas giant expects the newly commissioned gas module to help in drawing 4.7 million more barrels from the Troll field, which will be an increase by 25%.

The gas module, which was constructed by Aker Solutions, is said to be crucial for maximizing the value of the remaining oil from the North Sea oil and gas field, and also to sustain its high gas export. Currently, the production is restricted by the gas treatment capacity on the Troll B platform.

Equinor revealed that in a few years, only the large remaining gas reserves of the field will be used for production. According to the company, the production horizon for gas from the North Sea field lasts beyond 2050.

Equinor operations west senior vice president Gunnar Nakken said: “The gas module will be an important enabler to deliver on our and our partners ambitions to maximise the value creation from Troll.

“It is also in line with Equinor’s updated roadmap for the Norwegian continental shelf (NCS), which aims to ensure profitable and sustainable operations for many decades.”

The company said that the expanded capacity from the Troll field will let more wells to stay on stream, particularly when they are simultaneously producing with an increasing share of gas in the tail production phase.