Anders Opedal is set to replace Eldar Saetre on 2 November, after he announced his resignation as CEO of the Norwegian state-controlled oil and gas group 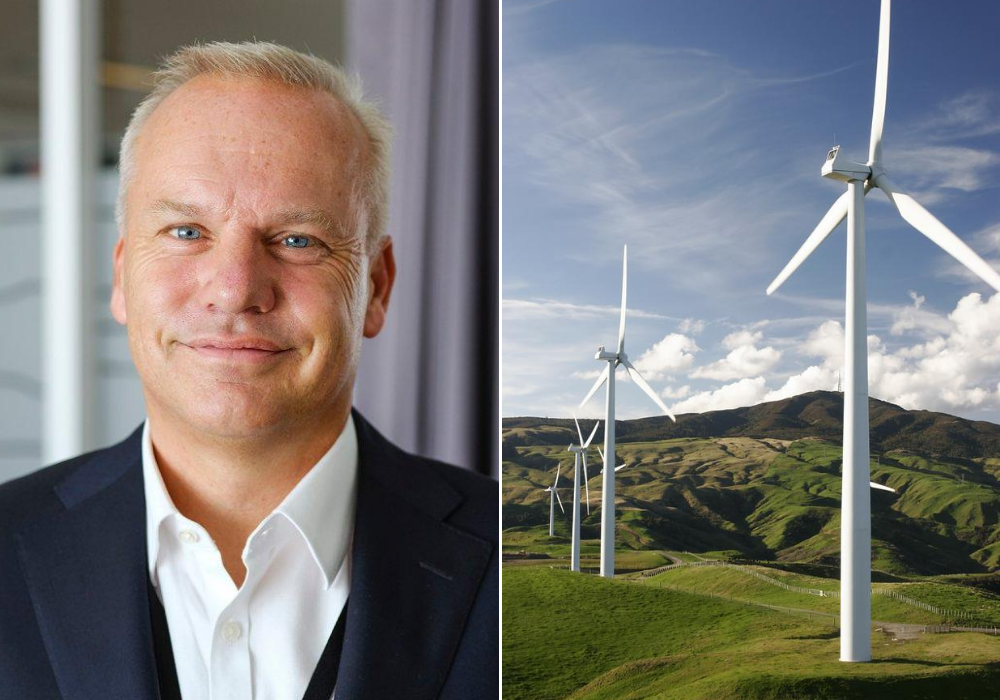 The incoming Equinor boss Anders Opedal has committed to accelerating the company’s growth in renewables under his leadership.

Opedal is set to replace Eldar Saetre on 2 November, after he announced his resignation as CEO of the Norwegian state-controlled oil and gas group today (10 August).

During Saetre’s six-year stint as Equinor boss, the 64-year-old has guided the company through two huge drops in the oil price and has significantly strengthened its renewable energy portfolio.

Opedal, who has worked for the energy firm for 23 years and is currently executive vice president of technology, projects and drilling, said he is “honoured and proud to take over the responsibility as CEO”.

“I am confident in Equinor and all our people, and in our ability to change and continue creating long-term value for our shareholders also in a low-carbon future,” he added.

“We have a great starting point for what will be a massive transition with our strong assets, outstanding competence, technology and innovation skills, and we have highly engaged people and strong values to guide us in this process.

“Together, we will accelerate the development of Equinor as a broad energy company and our growth within renewables.”

Opedal said he will be using the time until he takes over to “prepare and plan” for the company’s future.

“I will take the opportunity to engage and listen, both to the organisation and external stakeholders to get their valuable perspectives before setting the direction for my leadership for a new time,” he added.

Announcing Opedal as the company’s new CEO, chair of the board of directors Erik Reinhardsen said Equinor is entering a “phase of significant change as the world needs to take more forceful action to combat climate change”.

“The board’s mandate is for Anders to accelerate our development as a broad energy company and to increase value creation for our shareholders through the energy transition,” he added.

“He has deep knowledge of and broad experience from the energy sector. He has risen through the ranks of Equinor and has demonstrated outstanding leadership and consistently delivered results exceeding expectations.

“As the first engineer to become CEO, he is passionate about technology, digitalisation and industrial development.

“A unanimous board is confident that Anders is the right person to further develop Equinor as a force in the green shift, and together with our dedicated people, further strengthen the company culture and our safety performance.”

With Saetre not officially retiring until 1 March 2021, he will be available to advise Opedal throughout the opening few months of his tenure.

That will allow the new boss to work with his predecessor and implement the oil major’s recent commitments towards limiting the impacts of climate change and investing in low-carbon technologies.

In February this year, the company set a target to at least halve its carbon intensity by 2050 – a goal that includes emissions generated by consumption of its oil and gas products by end-users.

This followed intensifying international pressure on fossil fuel companies to address climate issues and demonstrate a serious commitment to lowering their carbon footprints.

Equinor’s targets include a reduction in Scope 1, 2 and 3 emissions, meaning those throughout the value chain from production, right through the supply chain to final use by customers.

The firm said it also plans to grow its renewable production capacity to between 4 gigawatts (GW) and 6GW by 2026 – 10-times greater than its current capability – with a particular emphasis to be placed on offshore wind.

Recent analysis from Rystad Energy showed that across the next five years, the 10 largest oil majors are expected to pump $166bn into new oil and gas ventures, while the currently-specified outlay for solar and wind energy projects will total just $18bn.

Notably, more than half of this figure will be accounted for solely by Equinor, which plans to invest $10bn into clean energy by 2025.