Equinor vows to cut emissions intensity in half by 2050 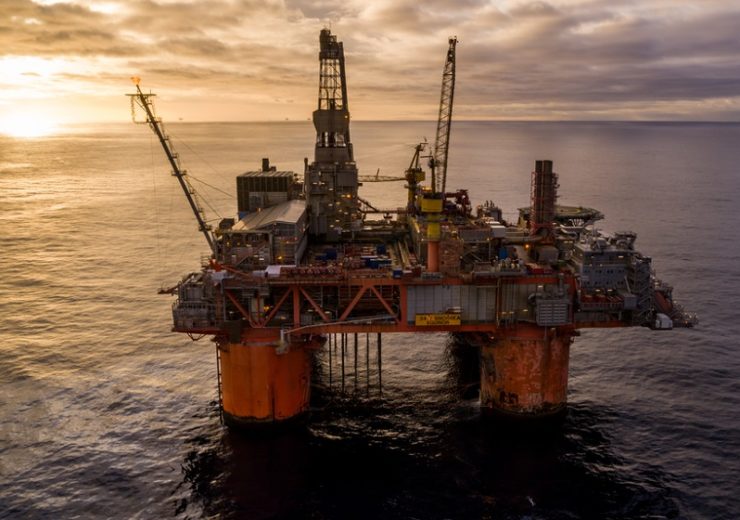 Equinor has set a target to at least halve its carbon intensity by 2050 – a goal that includes emissions generated by consumption of its oil and gas products by end users.

The state-backed Norwegian oil major also plans to grow its renewable energy capacity tenfold by 2026, with a particular emphasis to be placed on offshore wind.

The move comes amid intensifying international pressure on fossil fuel companies to address climate issues and demonstrate a serious commitment to lowering their carbon footprints.

This includes a reduction in Scope 1, 2 and 3 emissions, meaning those throughout the value chain from production, right through the supply chain to final use by customers.

Equinor president and CEO Eldar Sætre said: “We are setting new short, mid and long-term ambitions to reduce our own greenhouse gas emissions and to shape our portfolio in line with the Paris Agreement.

“It is a good business strategy to ensure competitiveness and drive change towards a low-carbon future, based on a strong commitment to value creation for our shareholders.

“We are now looking 30 years into the future, and it is not possible to predict an exact shape and pace of the transition – not for society and not for us.

“But we know there will have to be significant changes in the energy markets, and our portfolio will change accordingly to remain competitive.”

The company says the non-binding target will be achieved primarily through “significant” growth in renewables and adjustments to the “scale and composition” of its existing oil and gas portfolio.

It will also pursue greater operational efficiency through the incorporation of technologies like carbon capture, utilisation and storage (CCUS) and hydrogen into its existing processes.

Much focus will likely be on the Johan Sverdrup oil field located in Norway’s North Sea – a 2.7 billion-barrel offshore crude reservoir Equinor is developing alongside other partners.

The firm says each barrel of oil delivered from the project will produce less than 4% of carbon emissions compared to an average barrel elsewhere in the world – 670g of CO2 and 18kg CO2 per barrel, respectively.

Sætre added: “We will produce less oil in a low-carbon future, but value creation from oil and gas will still be high, and renewables give significant new opportunities to create attractive returns and growth.

“Equinor’s strategic direction is clear. We are developing as a broad energy company, leveraging the strong synergies between oil, gas, renewables, CCUS and hydrogen.

“In order to combat climate change, governments, business and society must find new and sustainable solutions together.

“As a pioneer in CCUS, Equinor is engaged in building a European value chain, capturing and storing CO2 from third-party industrial sites.”

Along this path to lower carbon intensity, Equinor has set its sights on a renewable production capacity of between 4GW and 6GW by 2026 – 10-times greater than its current capability – with this set to increase to between 12GW and 16GW by 2035.

Last month, the Norwegian energy firm pledged to cut greenhouse gas emissions from its domestic operations to “near zero” by 2050.

The plan features a phased reduction of the carbon imprint of its offshore and onshore plants that includes cutting current levels by 40% by 2030 and 70% by 2040.

The firm says it will invest 50bn Norwegian kroner ($5.7bn) along with its partners into emission-cutting measures by 2030, which will involve several large-scale electrification projects at key production sites, such as the Troll and Oseberg offshore fields and the Hammerfest liquefied natural gas (LNG) plant.

Sætre added: “The new climate roadmap illustrates our pathway to be a shaper in the energy transition and the future of energy.

“It is also an invitation to our partners, customers, suppliers and governments to work together on the necessary actions to combat climate change.”