Analysis shows renewables spending among major oil companies will total just $18bn in the next five years, with one firm accounting for more than half that amount 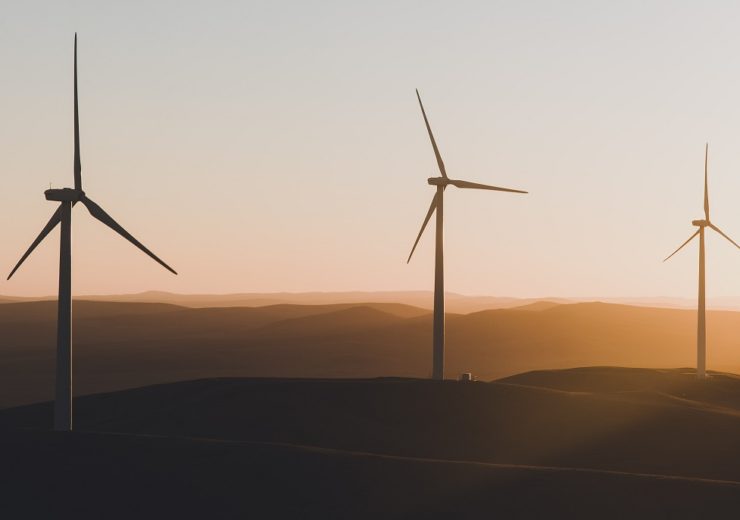 Despite a series of recent pledges by major oil companies to pursue net-zero agendas, analysis shows near-term spending on renewables will “pale in comparison” to capex plans for greenfield fossil fuel projects.

During the next five years, Big Oil is expected to pump $166bn into new oil and gas ventures, while the currently-specified outlay for solar and wind energy projects will total just $18bn.

Notably, more than half of this figure will be accounted for by just a single company – Norway’s Equinor, which plans to invest $10bn into clean energy by 2025, largely through its offshore wind portfolio.

While the analysis from research group Rystad Energy does not take into account Total’s recent acquisition of a majority stake in the UK’s Seagreen 1 offshore wind project – into which it could pay up to £130 ($165m) – it nevertheless reveals an eye-catching lack of activity in renewables investment by an industry that is increasingly trumpeting green ambitions.

In fact, if Equinor is removed from the equation, Big Oil’s renewable investments are actually seen to decline over the next three years – a forecast that does not even factor in the industry-wide spending cutbacks that have been triggered by coronavirus.

“Recent suggestions of ‘resilient green strategies’ or ‘business as usual’ simply do not carry much weight, with the exception of Equinor,” said Rystad renewables project manager Gero Farruggio. “Not until later in the decade do we see an increase in renewable spending from other companies.” 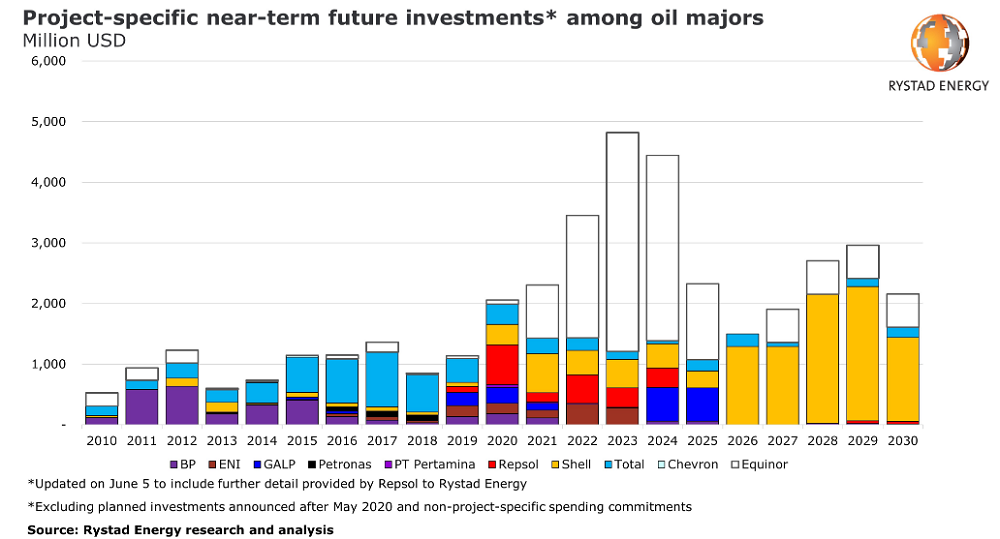 Looking beyond 2025, Royal Dutch Shell, which has announced plans to accelerate its transition to net zero, is expected to begin significantly ramping up investment in clean energy.

Coronavirus has curtailed oil companies’ spending plans, but renewables don’t need to be the victim

The oil and gas industry has been hit hard by the effects of the pandemic on energy demand and commodity prices, forcing firms into a major re-think of their capital spending plans as they seek to protect their balance sheets where possible.

The International Energy Agency (IEA) recently predicted an industry-wide investment reduction of almost a third this year compared to 2019, with Big Oil having already announced a series of capex cutbacks averaging 25% of pre-crisis planning.

However Rystad suggests these cuts could be achieved while “easily avoiding” spending revisions to renewable energy projects, conversely identifying an opportunity for oil majors to use the crisis as a catalyst to hasten the shift to clean energy.

Farruggio added: “The pandemic is creating a number of distressed sellers and reducing acquisition costs for assets and companies, thereby creating opportunities for Big Oil to accelerate its energy transition through acquisitions.

“And with exploration and production (E&P) companies announcing deep spending cuts, we may yet see a ramp up in renewable investments as recent headlines suggest, facilitated by new mergers and acquisitions.”

A study last month published by the Transition Pathway Initiative investor group called into question the progress of Big Oil’s climate actions, saying that despite the recent commitments of many European majors to meeting net zero, none of them are currently aligned with the emissions goals set out in the Paris Agreement.