Equinor has been granted consent from the Norwegian Petroleum Directorate (NPD) to commence production from the Oseberg H facility in the North Sea in September. 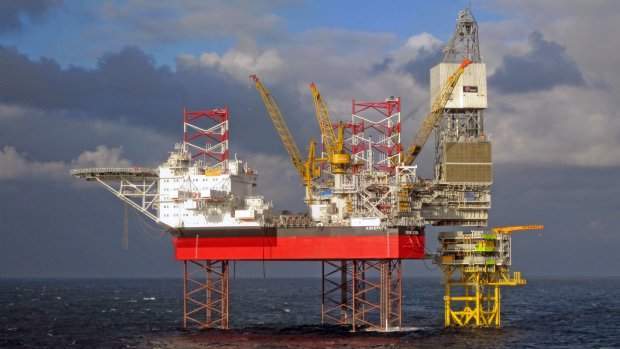 Oseberg H is an unmanned wellhead platform that is part of the NOK6.5bn ($780m) Oseberg vestflanken 2 development project in block 30/9-30/6 whose plan for development and operation (PDO) was approved by NPD in June 2016.

The Oseberg H facility has been designed to recover oil and gas from new deposits while boosting the recovery rate from other producing deposits. The new type of oil production platform does not have any process equipment, living quarters, drilling facilities or helicopter deck.

While the wells on the field were drilled using a mobile drilling unit, the maintenance will be carried out with a support vessel with adapted gangway drawing up alongside the platform.

The Oseberg H facility has ten well slots and to enhance the recovery of oil, two of the slots will be utilized to inject gas. Apart from that, two production wells were drilled from an existing subsea template on the Oseberg Vestflanken 2 field.

Additional injection will be done by bringing in gas via a new pipeline from the gas injection system which was previously established in the area. The wells on the Oseberg Vestflanken 2 field are controlled from the Oseberg field centre, where the produced oil and gas will also be processed.

NPD, in a statement, said: “Oseberg H is a new type of facility on the Norwegian Shelf, and the NPD finds it positive that the licensees have developed a new, cost-effective development solution with an unmanned wellhead platform.”

The PDO of Oseberg vestflanken 2 development apart from the Oseberg H facility and its associated pipelines and umbilical, also covers continued use of the G4 subsea template in addition to modifications on the Oseberg field centre.

The development of the Oseberg vestflanken 2  field has been taken up to boost the recoverable reserves in Oseberg by 17.6 million standard cubic meters of oil equivalents (Sm3), comprising 9.9 Sm3 oil and 7.8 billion Sm3 gas.